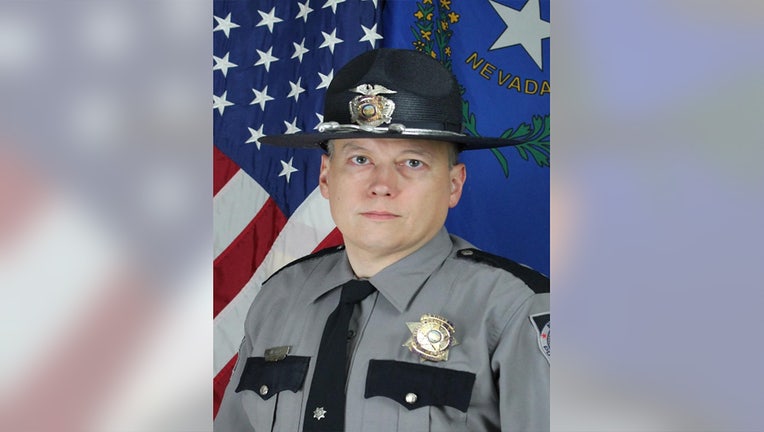 Trooper Micah May, 46, of the Nevada Highway Patrol.

LAS VEGAS, Nev. - Personnel with the Nevada Highway Patrol on Thursday were mourning the loss of Trooper Micah May, who authorities said died in a hospital two days after being struck by a suspect’s vehicle while on duty.

May had been laying down spike-stop strips on Interstate 15 in Las Vegas on Tuesday in an effort to stop an approaching suspect’s vehicle when that vehicle suddenly arrived and struck the trooper, FOX 5 of Las Vegas reported.

"With heavy hearts we confirm the loss of @NHPSouthernComm Trooper Micah May," the highway patrol’s Southern Command wrote in a Twitter message Thursday night.

May, 46, had served with the highway patrol for 13 years and had received a Medal of Valor in 2014 for courageous actions in the line of duty, KSNV-TV of Las Vegas reported.

"Trooper May’s heroism exemplified the definition of a silent guardian. His dedication and service will never be forgotten," George Togliatti, director of the Nevada Department of Public Safety, said in a statement, according to FOX 5. "Our hearts go out to this grieving family and recognize the unique sacrifice to the State of Nevada."

"Kathy and I were heartbroken to learn of the passing of State Trooper Micah May, a 13-year veteran of the Nevada Highway Patrol, husband, and father to two," the governor wrote. "Micah passed away while bravely protecting his community, and while he has reached his end of watch, his heroic actions and contributions to the State of Nevada will never be forgotten. Kathy and I extend our deepest sympathies to his wife, his family, his loved ones, and the entire law enforcement community during this incredibly difficult time. May he rest in peace."

May leaves behind a wife and two children, according to FOX 5. He was the 12th Nevada state trooper killed in the line of duty, the report said.

The suspect, identified as Douglas Claiborne, 60, was later fatally shot as other law enforcement officers continued the pursuit. 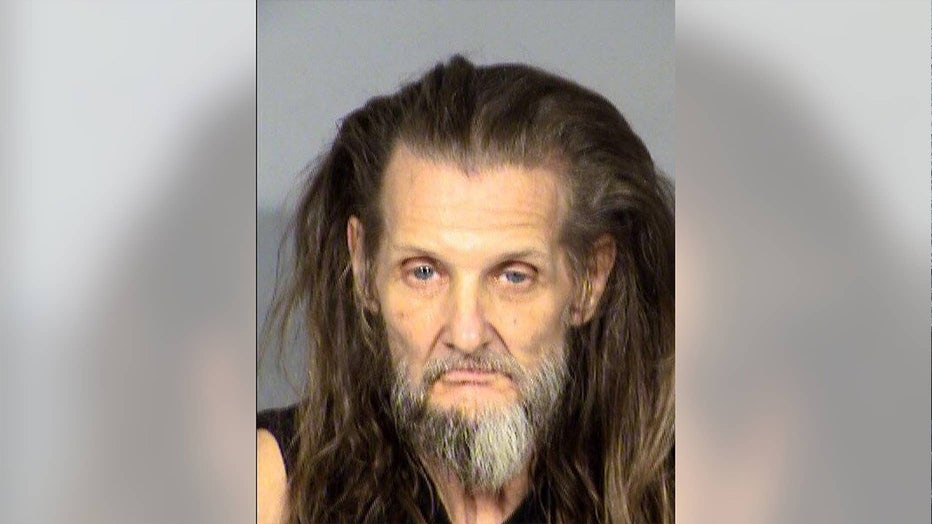 Douglas Claiborne, 60, was fatally shot by law enforcement after a pursuit that resulted in the death of a Nevada state trooper, authorities say. (Las Vegas Metropolitan Police Department)

Details on how the pursuit began and what prompted officers to fire at Claiborne were not immediately available.

Claiborne had a history of arrests for charges such as battery and spitting at officers, FOX 5 reported.

On Thursday night, Trooper May was honored with a message posted on Interstate 15 by the Nevada Department of Transportation.

"Respect & Honor For Your Service, Trooper Micah May," the message read, according to a Twitter post by FOX 5 anchor and reporter Lauren Martinez.