ST. PETERSBURG, Fla. - A green prototype swing could be the first of many looking out on the water along the St. Petersburg Bayfront. This one is at Flora Wylie Park near the intersection of Coffee Pot Boulevard and Northshore Drive NE.

The $20,000 prototype was paid for by the Majeed Foundation and provides a spectacular waterfront seat in a city that made sitting famous.

St. Petersburg is where thousands sat on the famous green benches. Their hey days were the 1920’s through the 1940’s in the days before air conditioning.

"Basically it was like Facebook before computers," said Rui Farias, executive director of the St. Petersburg Museum of History. "People would just go and hang out and talk to their friends.

The supporting structure of the swing prototype at Flora Wylie Park is trimmed in green, but a different shade than the green that used to be associated with the St. Pete benches. 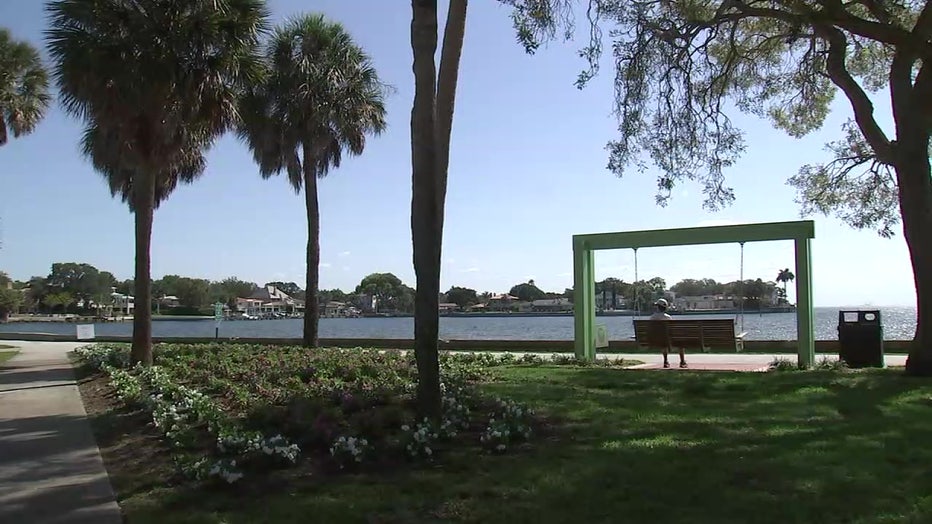 "We had to have the green in there, my goodness," said Phil Graham, Jr. of the Waterfront Parks Foundation. "But we wanted something bright and crisp."

The very first bench was put out by a St. Pete real estate salesman during the land boom of the 1920s. Other businesses followed with thousands of green benches of their own. 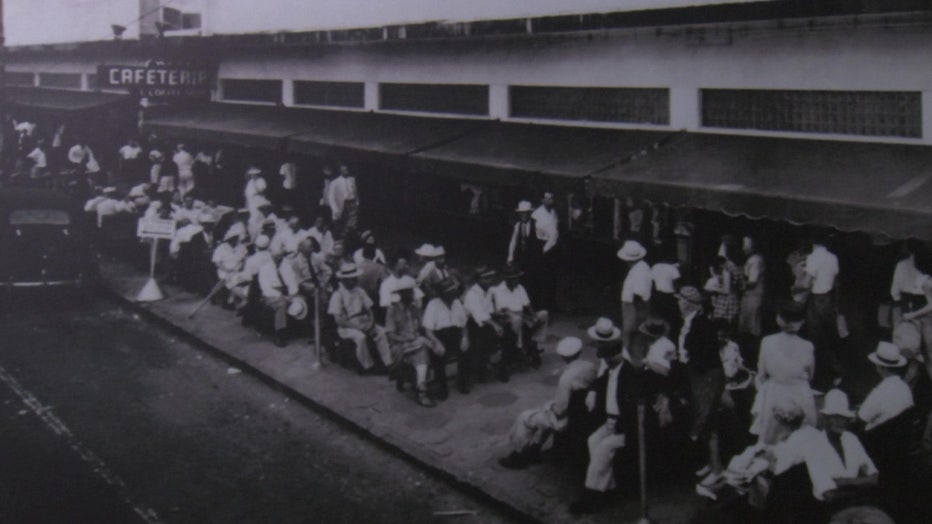 "Like any good salesman, if you can get a customer to sit down for a few minutes he’s going to sell you something," said Farias.

Back in the day, the St. Petersburg Mayor Al Lang said that just any bench wouldn’t do. Farias said the mayor wanted all the benches the same size, and they all had to be that "Green Bench" green.

The benches became trademark and a way to draw tourists, but during segregation, many did not enjoy them.

"If you were African American you weren’t allowed to sit on a green bench.," said Farias. "With one exception – if you were a nanny caring for a white child." 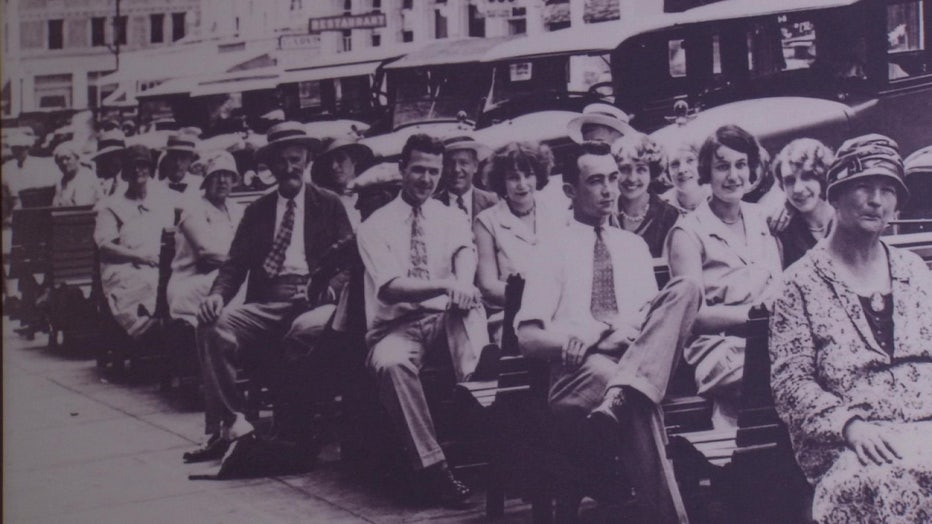 By the 1960s, the city council decided the benches portrayed a geriatric image. Farias said after that, the benches were gone. They were thrown into the junk heap of history, but they’re still in the fabric of a city. Several local businesses have "Green Bench" in their names.

Time will tell if the green swing will last as long as the green bench. But, in a city famous for sitting, everyone can now swing with a different shade of green.

The new waterfront swing has a QR code where you can provide feedback on the experience, something those who sat on the original green benches couldn’t have imagined.