TAMPA, Fla. - Over the years, George Toma has earned his fair share of nicknames: The Sodfather, The Sod-God, The Nitty-Gritty Dirt Man. But at 91 years old, this humble man prefers to keep it simple.

"For the NFL, I’m just a groundskeeper," he said with a smile.

He remembers having mere days to prepare for that first big game. 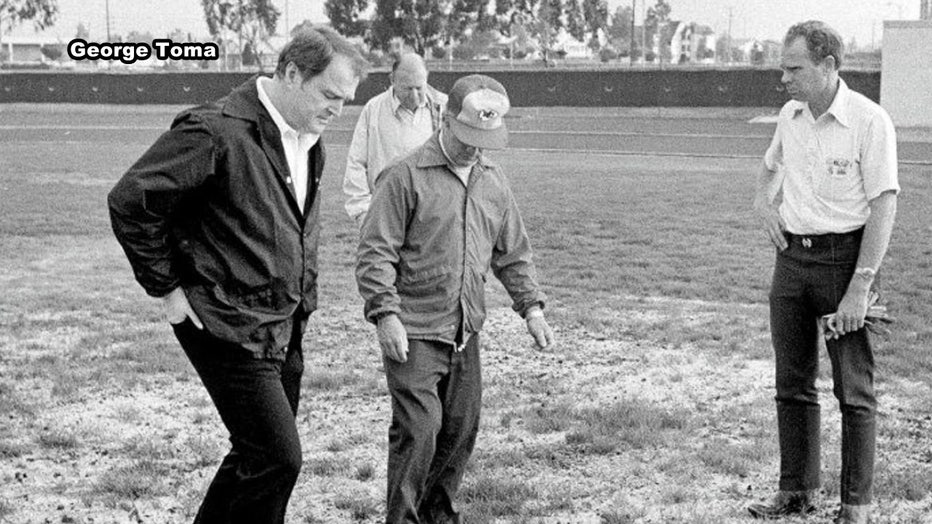 Back then, there was no sod – and the costs? A little cheaper.

"It was lucky if we spent $1,000 to get the field ready for a Super Bowl game," he said. "From our first Super Bowl to this Super Bowl, there’s a million-dollar difference." 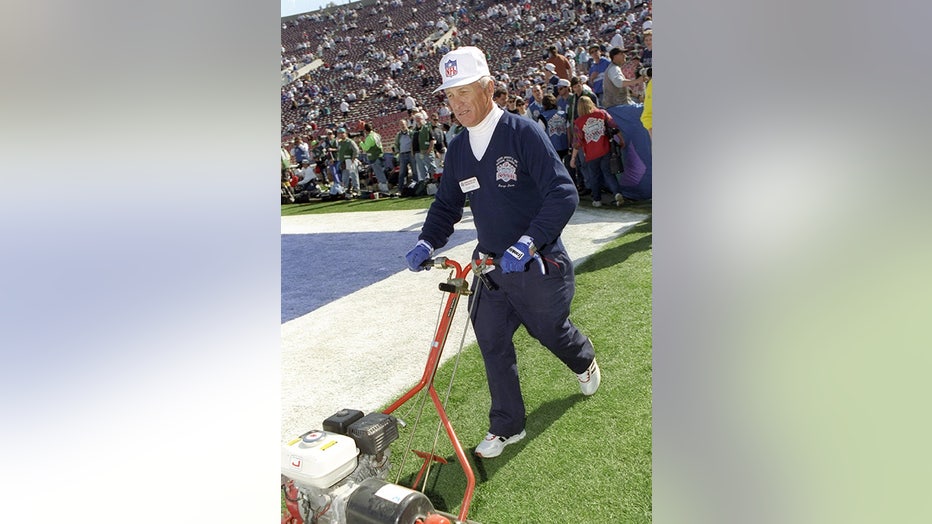 NFL groundskeeper George Toma touches up the green during the Super Bowl XXVII pre-game between the Dallas Cowboys and the Buffalo Bills at the Rose Bowl in Pasadena, California on January 31, 1993. The Cowboys defeated the Bills 52-17. (Stephen Dunn

Though he says Raymond James Stadium is his favorite, Toma is a Kansas City Chiefs fan.

That is, after all, where he got his professional start in groundskeeping in 1957. He was brought in to resuscitate a major league baseball team.

Since then, he says, it’s been a true labor of love -- and a collaborative effort that he says is just like a football team.

"You have the stars. You have your Brady, you have your Mahomes," he said. "And that’s our ground crew – everyone is outstanding – and they do the job, and then some." 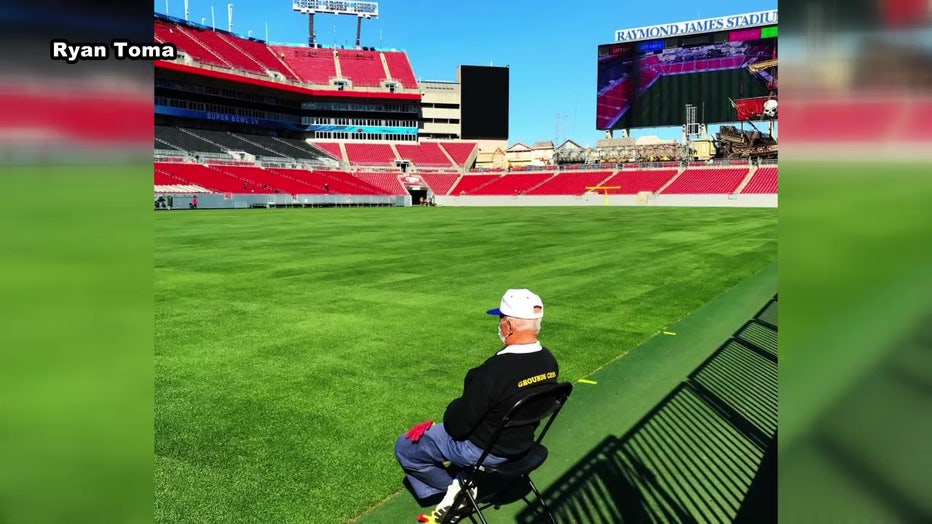 Toma turns 92 in just a week and says he has no plans on stopping what he loves to do.

He says he’s always believed the cheapest insurance for an athlete is a good, safe playing field.