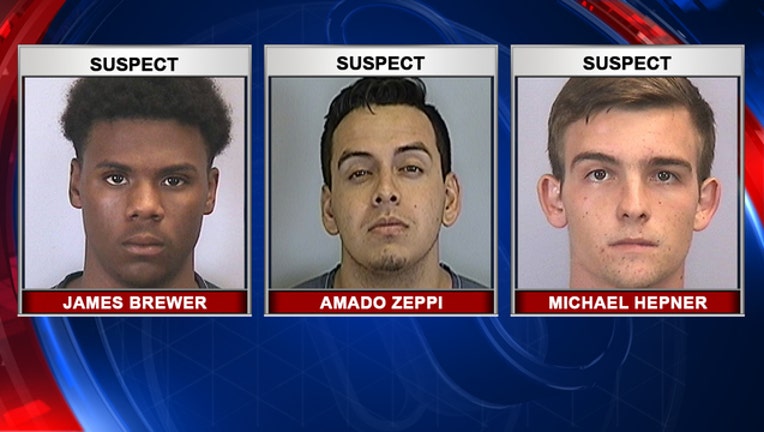 BRADENTON, Fla. - The two additional suspects accused in the armed robbery and murder of a Bradenton smoke store employee were denied bond.

James Brewer, 19, and Michael Hepner, 21, refused to appear in Manatee County court Saturday morning. The two were arrested on Friday.

Investigators said Brewer, Hepner and 20-year-old Amado Zeppi are facing second-degree murder charges in connection with the robbery and homicide.

According to detectives, Hepner drove the suspects to the Green Galaxy Smoke Shop, while Brewer went inside in an attempt to distract the victim. Moments later, Zeppi and a fourth unidentified suspect stormed inside the store.

Deputies said the suspects stole items from a safe before Zeppi used a rifle with a bayonet attached to hit and fatally shoot the victim, Mohammed Hamed.

Hamed was laid to rest Thursday in accordance with his Muslim faith. Family members and friends spoke highly of Hamed and dozens of people attended the funeral service.

The first appearance judge ordered the suspects to have no contact with each other while they sit in the Manatee County Jail.

Deputies are still searching for the fourth suspect, who is an unidentified black male.