Lakeland says no more setting up early for parade

The city isn't asking nicely this year.&nbsp;Chairs on the parade route before the day of the parade will be removed.

LAKELAND, Fla. - The yearly tradition of putting chairs out early for the Lakeland Christmas parade is officials a thing of the past. The city said no one can put chairs out until the day of the parade, Thursday, Dec. 5.

In years past, downtown businesses and city workers had to navigate a sea of seats for days leading up to the parade, as excited residents saved their spots. The city has tried to gently ask people to refrain from setting up chairs and taping off areas one, two, three, even four days before the parade.

The city isn't asking nicely this year. Chairs on the parade route before the day of the parade will be removed.

"They'll have strings all the way across, they'll have all kinds of chairs, you name it," said Harris Estroff, owner of Nathan's Men's Store. "They've got special chairs for parades, some are real wide, some are narrow, some are just like a kitchen chair or a folding chair."

The days leading up to the parade can be difficult for profits. 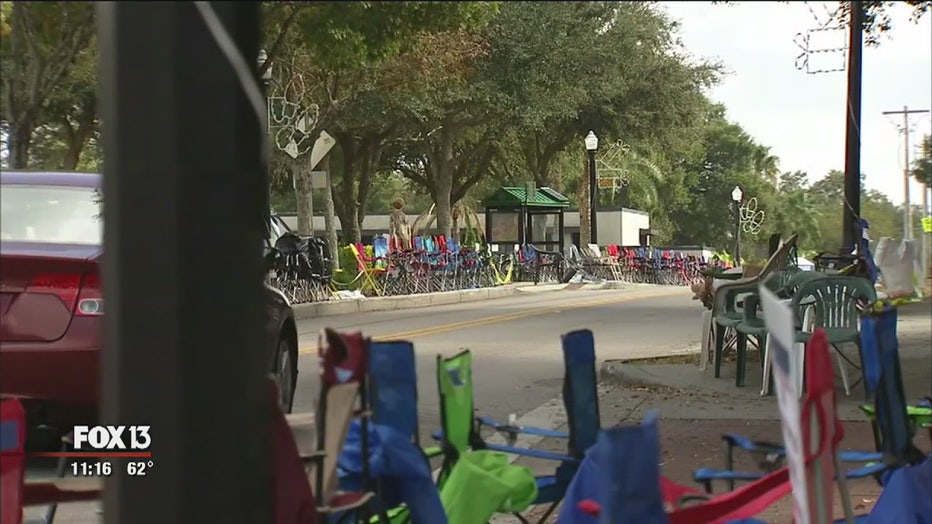 "It hurts business. People that drive by, they see roped off chairs and no place to park," Estroff said.

The chairs can also be a liability for the city. They can block sidewalks and crosswalks, posing a hazard for those in wheelchairs and walkers.

"We've got issues with ADA compatibility, for those with mobility issues and even just you and I, if we are walking down the sidewalk, you can't do it because it's covered with chairs," said Kevin Cook, director of communications with the city of Lakeland.

"We have about 50,000 people come to downtown Lakeland to view our Lakeland Christmas Parade...The event is on a Thursday. We started seeing chairs Sunday," Cook said. "If we see any chairs out beforehand, we're going to take them out to Tiger Town and put them in a pile so individuals will have to go claim their own chairs,"

Any chairs totally blocking sidewalks, in the way of crosswalks or hindering use of disabled parking spaces will be taken, too. 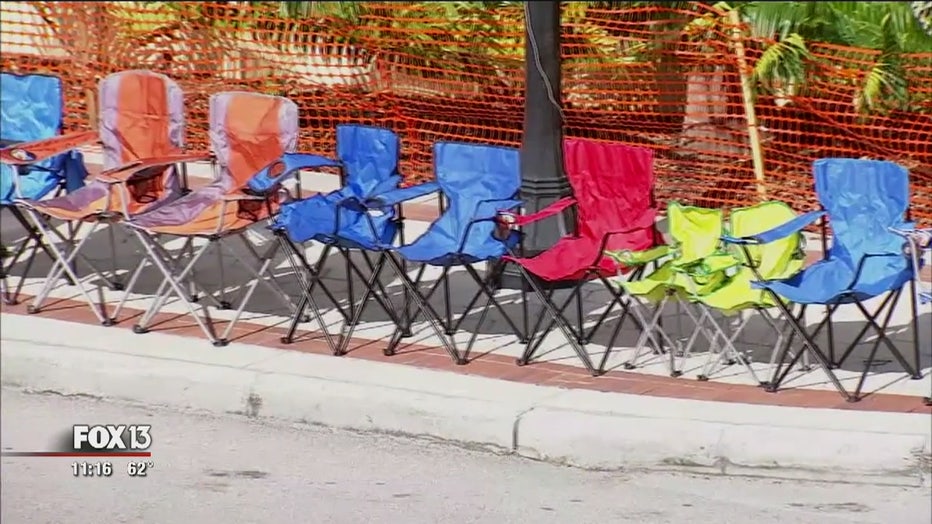 Though most feedback has been positive, a few comments on the city's Facebook page said the break in tradition could keep them away

"I think if everybody waits until the last day that's fine," said Estroff. "This is a really nice parade every year. It's great. But, it's not the Macy's parade on 5th Avenue in New York. It's a local parade and it shouldn't be necessary to start putting your dibs on where you want to stand or sit three days, two days, or even one day before the parade." 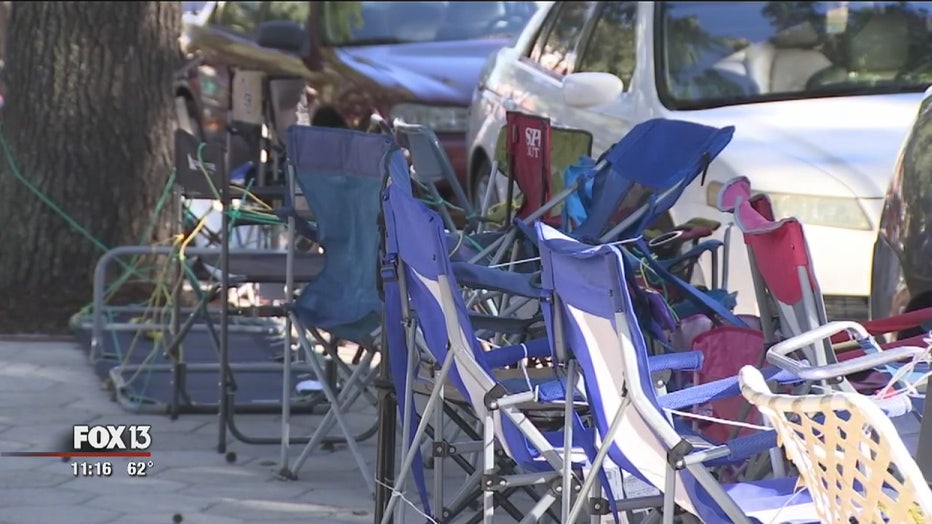 "I guess its a tradition but sometimes traditions need to be broken," said Angela Raizor of Davenport.

The theme this year is "Joy of Giving", a nod to the generosity and love displayed throughout the community.