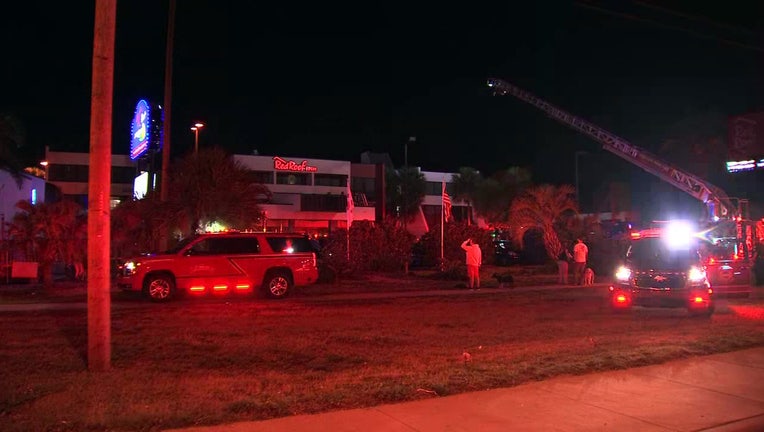 CLEARWATER, Fla. - Fire emptied a Clearwater motel early Tuesday morning, but no one was hurt.

The blaze broke out just before 4 a.m. at the Red Roof Inn on Ulmerton Road. Firefighters from Largo, Pinellas Park, and St. Petersburg all responded.

The fire started on a second-floor balcony and went to a second alarm because of the size of the hotel.

The flames were out in a few minutes and no one was hurt.

There’s no word yet on the cause.