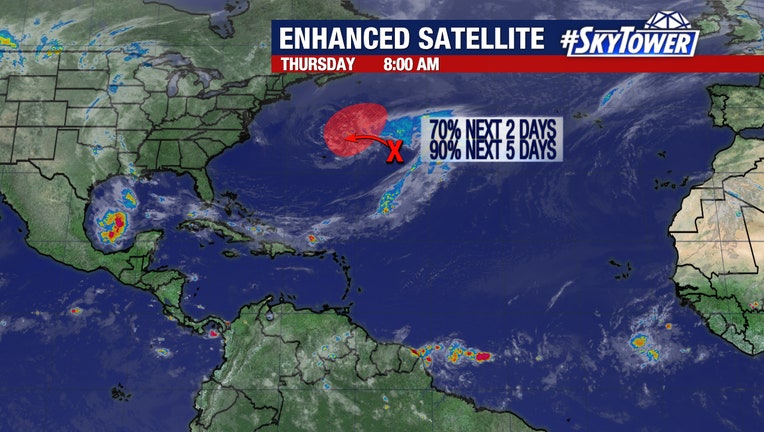 TAMPA, Fla. - Out in the middle of the Atlantic Ocean, the first named tropical system will likely form in the next few days – but it is not expected to be around for long.

On Thursday morning, the National Hurricane Center reported the low has an 90% chance of becoming Subtropical Storm Ana in the next five days, and a 70% chance of forming in the next two days. It is located about 600 miles east of Bermuda.

Currently, there is no threat to the east coast of the U.S.

"The low is forecast to move westward and southwestward over warmer waters on Friday, and will likely become a short-lived subtropical cyclone near and to the northeast of Bermuda on Friday," according to the NHC. "The system is expected to move toward the north and northeast into a more hostile environment by late Sunday into Monday."

The Atlantic hurricane season doesn’t officially begin until June 1, but the formation of Ana would make it the seventh year in a row when a named storm formed before the season began.