NORTH MIAMI BEACH, Fla. - The city of North Miami Beach ordered the evacuation of a condominium building Friday after a review found unsafe conditions about 5 miles from the site of last week's deadly collapse in South Florida.

An audit prompted by the collapse of Champlain Towers South in nearby Surfside found that the 156-unit Crestview Towers had been deemed structurally and electrically unsafe months ago, the city said in a news release.

"In an abundance of caution, the City ordered the building closed immediately and the residents evacuated for their protection, while a full structural assessment is conducted and next steps are determined," City Manager Arthur H. Sorey III said in the news release.

The evacuation comes as municipal officials in South Florida, and statewide, are scrutinizing older high-rises in the wake of the Surfside collapse to ensure that substantial structural problems are not being ignored. 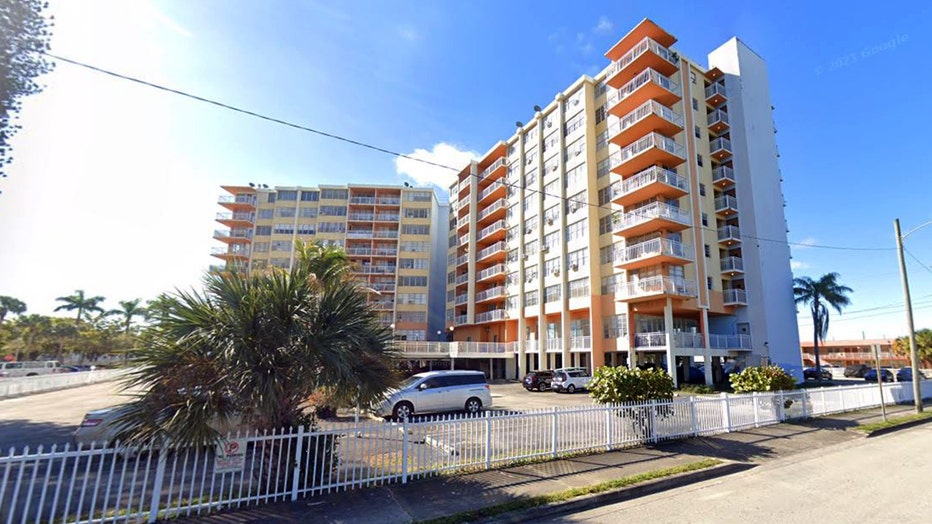 Evacuating residents hauling suitcases packed items into cars Friday evening outside the Crestview, which was built in 1972.

North Miami Beach commissioner Fortuna Smukler rushed to the building Friday afternoon. She said authorities were working to help the evacuated residents find places to go. She said with the approaching storm it was an especially stressful time for the residents. Smukler knows two people who are still unaccounted for in the Surfside building collapse.

"I ran here right away because this is important to me. I needed to ensure that what happened in Surfside doesn't happen here," she said. "It could have been our building instead of Surfside."

The mayor of Miami-Dade County had suggested an audit of buildings 40 and older to make sure they are in compliance with the local recertification process after the condo building collapse last week that killed at least 22 people and left more than 120 still missing.

After reviewing files, the city Building and Zoning Department sent a notification that the Crestview building was not in compliance. On Friday, the building manager submitted a January recertification report in which an engineer hired by the condo association board found the property unsafe. The city then ordered all residents to evacuate immediately.

"I am concerned that more buildings are in this condition. Hopefully, this is an easy fix. Thankfully, we have at least evacuated the residents and no harm will come to them or their pets," Smukler said.

The Crestview condo association could not be immediately reached for comment on the delay between the January recertification report and Friday's evacuation.

The North Miami Beach Police Department was helping with the evacuation.

Court records showed the Crestview Towers Condo Association had sued its insurance company for unspecified damages from Hurricane Irma in 2017. The damages had exceeded $30,000, but the association never got a payment to cover the damages, the lawsuit said.

The parties were ordered into mediation last May, according to a Miami-Dade court docket.

A parallel federal lawsuit between Crestview Towers and the insurer says damage from Hurricane Irma was $8.1 million.