Our interview with Ayala began with the death penalty, as her opposition to capital punishment drew national attention when she served as State Attorney in Orange and Osceola Counties. Former Governor Rick Scott reassigned murder cases from Ayala to a different prosecutor based on her position on this issue.

Ayala explained how her public opposition to the death penalty started with her prosecution of convicted killer Markeith Lloyd.

Here is an excerpt from that part of the interview, which segued into the Governor’s power to suspend other state officials.

Aramis Ayala: "[Markeith Lloyd] was one of the first cases that hit my desk shortly after I became the state attorney in 2017," Ayala said. "And when it came up as an issue, I started doing the research, and I didn't just research it in that case. I looked at my platform, which was evidence-based policies, and I started to look at how much money we spend in the state of Florida. We spend $51 million every single year to have the death penalty. So, one of my commitments is being fiscally responsible, that was a concern. I moved on to determine whether or not it was a deterrent. And all of the research establishes that death penalty is not a deterrent. The states that have the death penalty actually have higher homicide rates and those that don't. And then you start looking at the other parts of it. In Florida, we lead the nation with death row exonerations, meaning we get it wrong the most. So if we're going to look at a policy and move forward, it should not be a failed policy. It is often easy to look at the very difficult, horrific, horrible cases and want to then justify a horrible, ineffective policy. And I made a decision that I could not find any justice in the pursuit of the death penalty. And having sworn and taken an oath to pursue death, to pursue justice, there was no justice in any case. 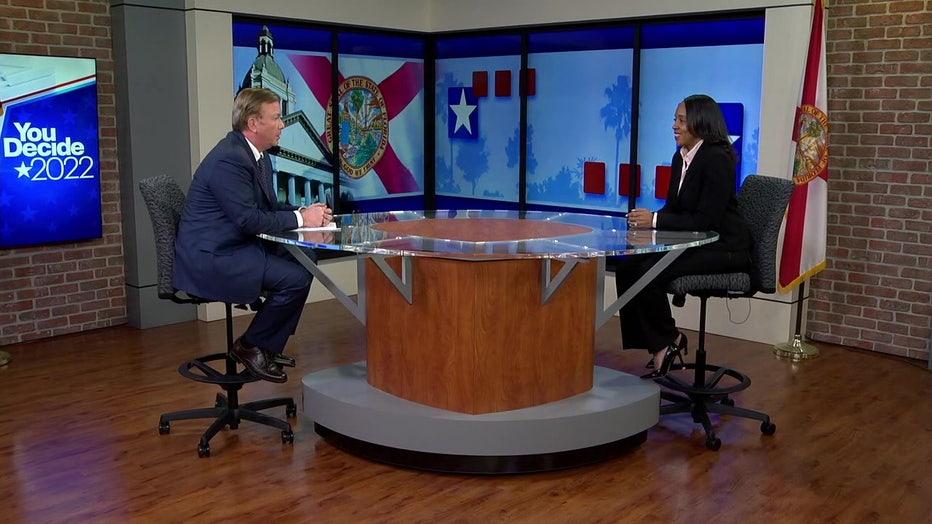 Craig Patrick: "So there is no daylight for an exception like the Parkland mass killer?"

Aramis Ayala: "When it comes to that, it's very easy for us to change based upon our emotions. And I try to remind people that justice and the oath for justice doesn't have emotions. We have a right to be concerned. We have a right to feel it. But the goal is to never lose who we are. We must lead with humanity. And there is no humanity, nor is there any other justification."

Congressman and former Governor Charlie Crist is hoping to take on Governor Ron DeSantis in the November midterm election. First, he has to face off against Florida Agriculture Commissioner Nikki Fried in the Democratic primary on Aug. 23. Crist sat down with FOX 13's Craig Patrick in a one-on-one interview to discuss his platform.

The Governor’s Power to Suspend

Aramis Ayala: "When it comes to the issue of suspension, I think people have to remember that those positions are duly elected. And if the people have elected a person such right here, you all have, you know, Andrew Warren, state attorney Andrew Warren, it's important to recognize that this is all continuing to undermine the right to vote. The people elected him. He didn't even win by popular vote in Hillsborough County, but he's now taking the power of a person who did. So when you're talking about advisory opinions, when you're talking about the will of the people, it is important to always move forward and uphold that very fundamental right that some people have died for, which is the right to vote."

Our interview also covered the Attorney General’s role in defending the state of Florida in litigation and protecting consumers from fraud.

Defending Florida from Lawsuits and Fraud 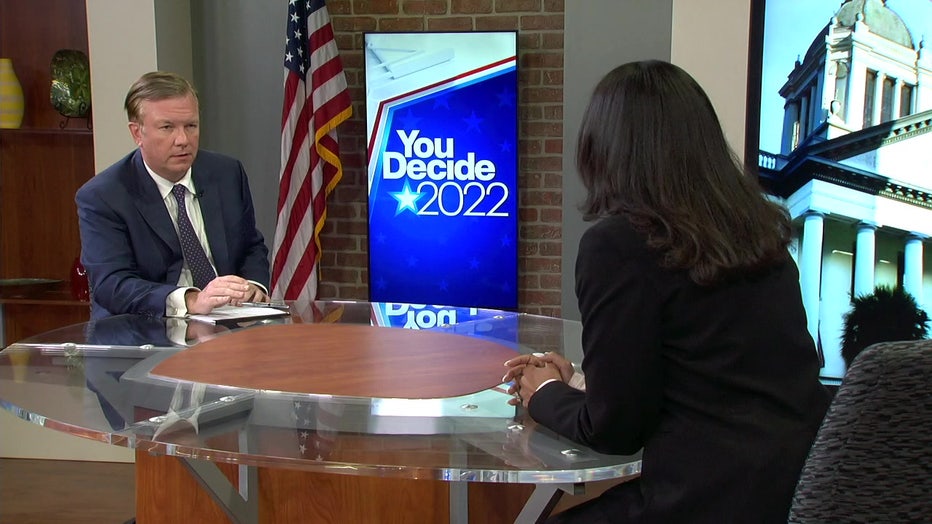 Craig Patrick: "[If elected] one of your other big responsibilities would be: protect consumers, the people of Florida, from fraud. You've [said] that there is a good deal of fraud in the insurance industry. What specifically are you referring to? How do you know, and how would you root it out? "

Aramis Ayala: "What I am concerned about is having been on the campaign trail and actually being a Floridian myself. What you're seeing are these insurance companies. They're collecting for funds from individuals’ premiums monthly and multiple times throughout the year. And then we've seen many of them go into ruin, and now they're bankrupt and people are left here during hurricanes to fend for themselves. At this point, we have to make sure that this is legitimate. If you have collected money from people, and you haven't paid out. Where has that money gone? What type of business practices are occurring? That is exactly what consumer protection is. It certainly has to do with housing, but it is going to be for any type of fraud, fraudulent behavior that impacts the people, the consumer…  That is the attorney general's solemn duty to ensure that they are protected.

Aramis Ayala: "I think that that's where investigations come out. The attorney general can't make an assumption on what is happening. It is about time to investigate. And after you investigate, you expose the truth. And if there are legal violations, then you litigate. It is a process. You don't put the cart before the horse. You have to investigate. It is certainly concerning. And because of the concern, that is the reason that I would institute investigations."