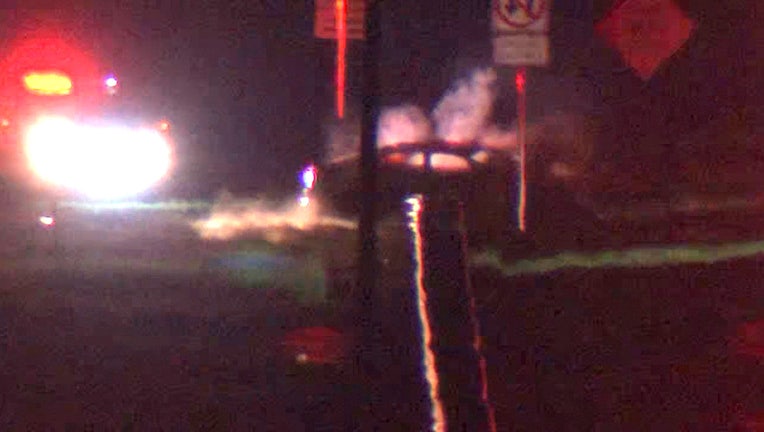 The crash occurred around 2 a.m. west of McIntosh Road. Video from the Florida Department of Transportation camera shows smoking coming from one of the vehicles.

The eastbound lanes were closed, but have since reopened. The injured individual was taken to a hospital, but their condition was not provided.