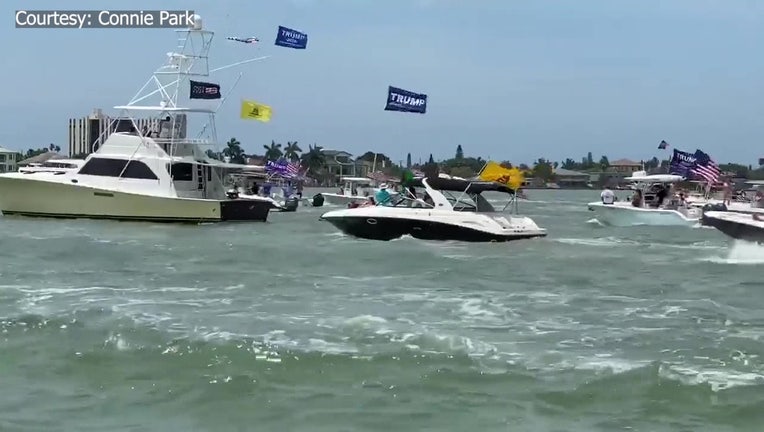 CLEARWATER, Fla. - This weekend, local supporters of President Donald Trump are hoping to break a Guinness record for holding the world's largest boat parade right here in the Bay Area.

They say they need more than 1,180 boats to break the record.

Organizers say they've already surpassed that number of paid entrants. In fact, they're expecting more than 2,000 on the water.

Boaters will be coming from all over the state to take part.

“It’ll be nice to be in the open air, sunshine, maintain distance and support what we believe is the proper presidental choice,” organizer Cliff Gehart offered. “We think it’ll be cool to see a thousand boats with thousands of flags.”

The event kicks off Saturday around 10 a.m. near Pier 60 in Clearwater.