Judd: We’re gonna rain hell down on these street dealers

The investigation, titled Operation Hot Wire, started in 2019 after five gang-related home invasions and the unsolved murder that took place in June 27. The victim was Shay Collins.

"Nobody knew anything. It was crickets. We had this young lady who lost her life and no one's talking," said Sheriff Grady Judd during a Wednesday morning press conference.

He said that was the culture with the other home invasions, in which an 8-year-old was pistol-whipped. There was "very little cooperation" from the victims, Grady described.

It was frustrating, and the sheriff's office decided to launch Operation Hot Wire. The investigation intercepted telephone and electric communications and lasted for nine months. 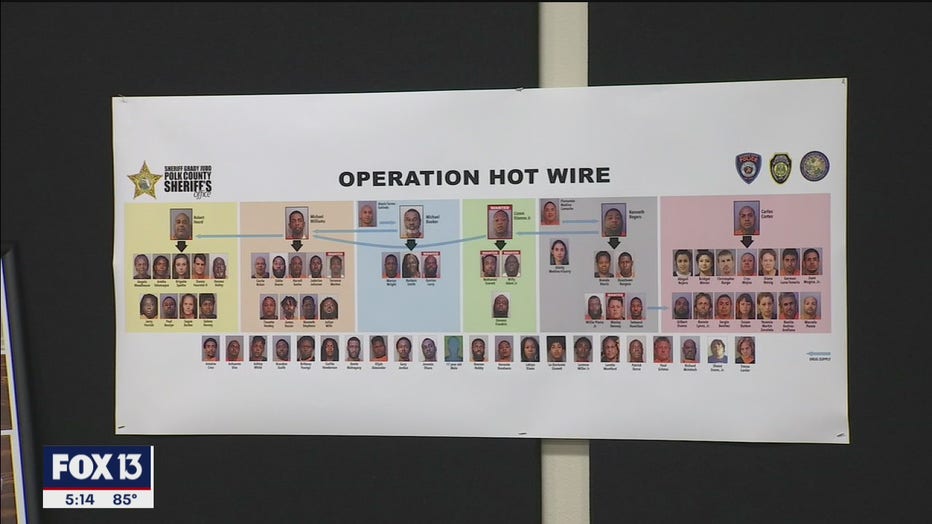 "We're going to rain hell on these street dealers and traffickers," Grady said.

He said normally, the sheriff's office uses wiretapping on "huge operations and organizations."

"What we did for the first time that I can remember in the history of the sheriff's office, and I've been here for a long time...this is the first time that we've done a street-level, wire intercept of communications on trafficking and dealing of drugs," he said.

In total, nine different phones and extensions were being monitored by detectives. During the investigation, 37,000 texts and phone calls were made.

Detectives knew which phones to pursue based on what they discovered earlier in the investigation, the sheriff explained.

"We had to exhaust other investigative methods which didn't take very long with this experienced group of criminals, then you follow the criminal conduct on the phone," Grady said.

He said the suspects used Boost phones, disposed of them after a couple of days, and replaced them with new phones.

"They think they're slick," Grady said.

By the end of the nine months, 12 search warrants were executed, resulting in criminal charges against 74 people -- 68 are in custody and six remain at-large.

Grady said 22 previously served time in state prison, two are in the country illegally, and eight admitted to using a federal assistance program, such as WIC. 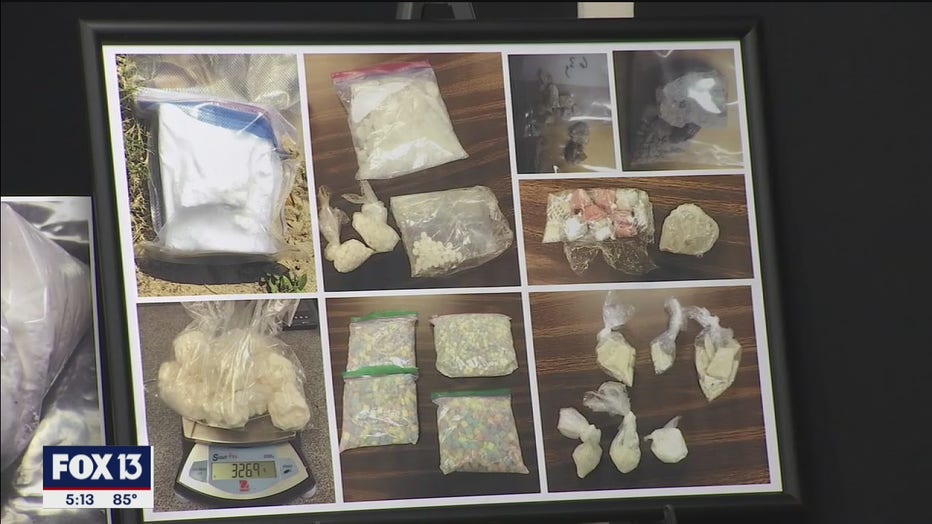 Two heroin-related deaths are suspected to be related to the drugs the suspects sold.

Detectives are continuing to search for the following suspects:

According to the sheriff's office, the following drugs and firearms were seized:

You can watch the full press conference with Sheriff Grady Judd below: