Officials in Pakistan have threatened to block the cell phone service of citizens who refuse to get vaccinated against COVID-19 in the country’s two largest provinces.

Pakistan’s Punjab province, home to 110 million people, announced those who opt not to get the shot will have their mobile SIM cards "blocked" amid sagging demand. A SIM card, which stands for Subscriber Identity Module, is needed for a mobile phone to connect to a carrier network to make calls, send texts and more.

"Mobile SIMs of people not getting vaccinated may be blocked, it was decided in Cabinet meeting under the chair of Minister for Health Dr. Yasmin Rashid at Civil Secretariat," the Punjab healthcare department said June 10 in a tweet.

A second Pakistani province on Monday announced similar measures in an effort to compel more people to get inoculated. The information minister in Sindh, the second most populated province behind Punjab, said it would also soon block mobile phone SIMs of those who don’t get vaccinated, according to Pakistani news channel ARY News. 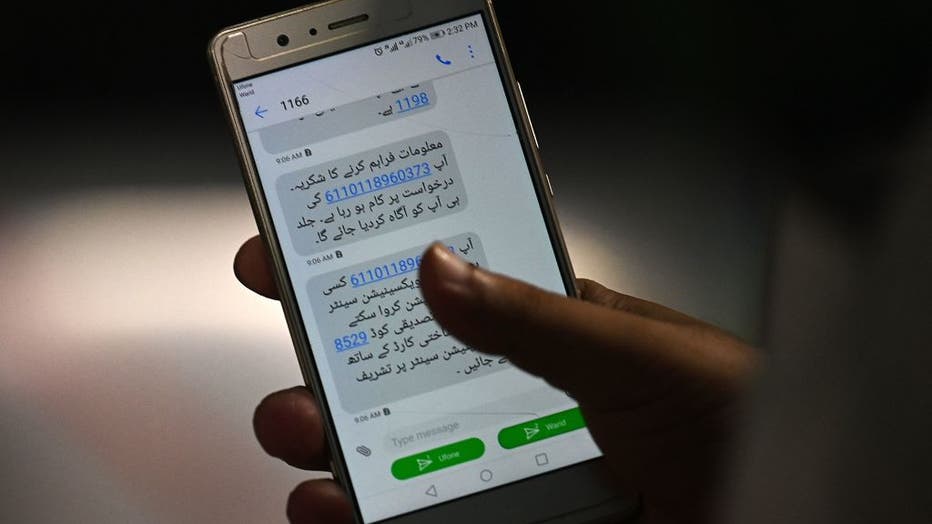 A man holds his cell phone to show his verification code to register to receive a dose of the COVID-19 Sinopharm vaccine at a vaccination center in Rawalpindi on June 11, 2021, as Pakistan's Punjab province said it will block the mobile phones of peo

Sindh Minister for Information Syed Nasir Hussain Shah made the announcement Monday during a media briefing in Karachi. He also warned that salaries of government employees who choose not to get the jab would be withheld starting in July, the outlet reported.

Province officials did not immediately announce when the measure would begin or how it would be enforced.

Pakistan, a nation of 220 million, has so far mainly relied on vaccines imported from neighboring China, according to the Associated Press. Last week, the country announced it would spend $1.1 billion in the next fiscal year to import more COVID-19 vaccine supply to inoculate most of its adult population.

But Pakistan officials have been tasked with overcoming misinformation about the vaccine and concerns about the side effects of the jab, sparking vaccine hesitancy.

"Pakistan's education level is low. People are also spreading rumours and misinformation about the vaccines," Salman Haseeb, the head of Pakistan's Young Doctor's Association, told the Agence France-Presse. "So information campaigns by the government won't work for the short-term. They will have to make use of the law to ensure everyone gets vaccinated."

Pakistan has reported a total of 938,737 confirmed cases and 21,576 confirmed deaths since the onset of the pandemic.