SIESTA KEY, Fla. - The sunshine state boasts more than 660 miles of beautiful, sandy beaches, but a day at the beach is not always easy for those who use wheelchairs to get around.

A Paralympian originally from Cape Coral has made it her mission to travel around the state in search of the most accessible beaches, documenting what she sees - or doesn't see - along the way.

At age 10, Arielle Rausin was paralyzed from the waist down in a car accident. But, at 16, at the Gasparilla 15K, she met Paralympian Adam Bleakney, who would become her future coach at the University of Illinois. Now, at 26, she competes in marathons around the world, has made U.S National Paralympic Team, and is training for the 2020 Tokyo Paralympic Trials.

"From the time she was young, she loved the beach and then, she became a teenager and she wanted to go and her friends would have to pull her through the sand and she hated that," recalled her mother, Krista Rausin.

During a recent trip to the beach, Arielle got the idea to map out the most accessible beaches in the state. Now she's traversing the shores, documenting what she finds along the way.

Her first stop was Fort Lauderdale. Then, on Tuesday, she and her mother made the trip to Siesta Key Beach.

"By far, the most accessible beach we have been to," Arielle said. "It had this 450-foot Mobi-Mat which is really incredible. Most beaches, it was like 20 or 30 feet on the Mobi-Mat, and many beaches don't have any mat at all." 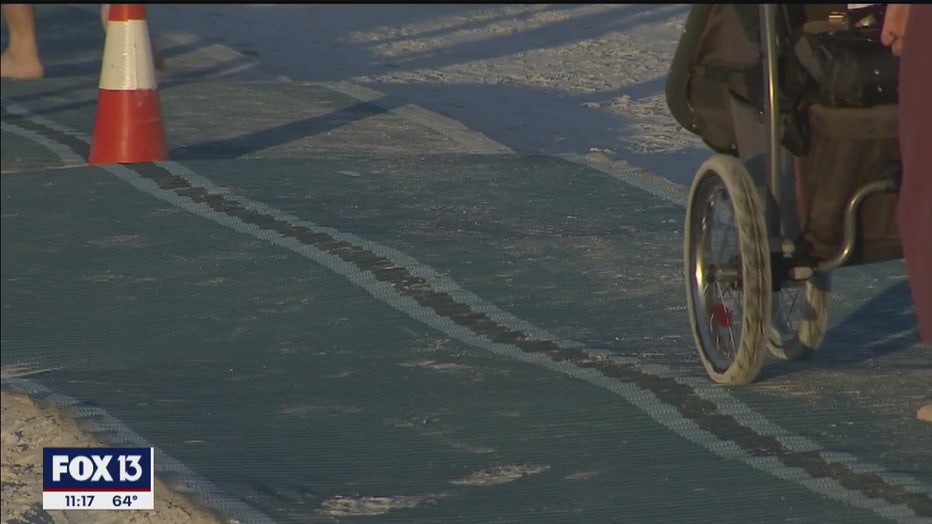 "Here is the first beach where we've actually seen other people in wheelchairs. At all the other beaches, it was just me," Arielle said.

Her goal is to create an online database of accessible beaches and, someday, find mats at every beach.

"I would love to see a mat like this and even one that spread out a little farther, maybe goes down toward the water on every beach," Krista said. "Just like stairs are everywhere, that it's accessible."

Tuesday, the city of Tampa unveiled new ADA accessible mats at Ben T. Davis Beach. It's one of three being installed citywide, thanks to a $25,000 grant from HomeServe Cares Foundation. 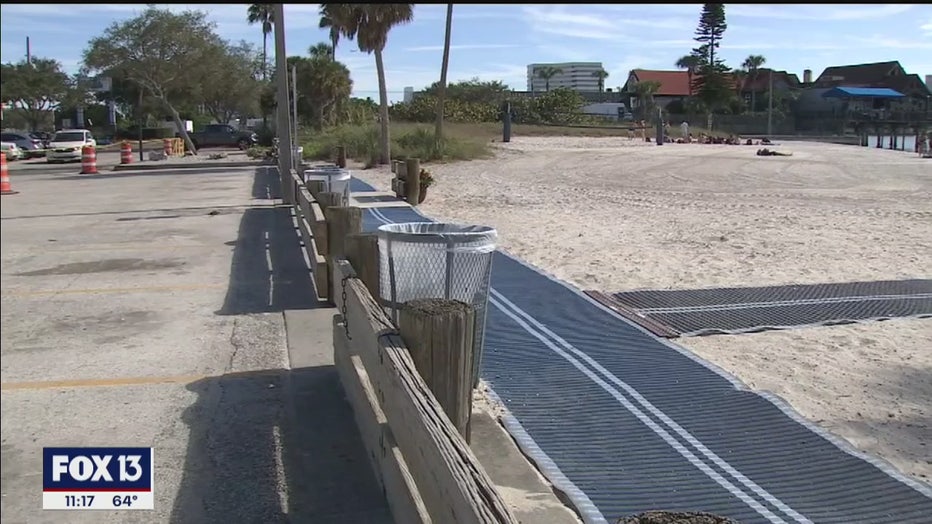 "We take things for granted and we need to understand what accessibility means to each and every one of our citizens," said Mayor Jane Castor.

With that, you can add at least one more stop to Arielle's list.

"Growing up, if I knew that there was a mat that would allow me to move independently, I would have gone every weekend instead of just once a month," Arielle said.

When she's not training, Arielle runs a company in Illinois that makes wheelchair racing gloves for athletes all over the world. Next up, she wants to check out Miami Beach and the keys.