Ilan Alhadeff, the father of Parkland murder victim Alyssa Alhadeff, reacted after jurors recommended Nikolas Cruz be sentenced to life in prison for killing 17 people at Marjory Stoneman Douglas High School. Dr. Alhadeff said he was "disgusted" by the justice system and the jurors who reached this verdict.

FORT LAUDERDALE, Fla. - Parents of those killed in the 2018 mass shooting at Marjory Stoneman Douglas High School in Parkland, Florida, left the courtroom in tears on Thursday after the jury said it could not unanimously agree that the gunman should be executed.

Nikolas Cruz, now 24, will be sentenced to life without parole for murdering 14 students and three staff members and wounding 17 others on Feb. 14, 2018. He previously pleaded guilty a year ago to the crimes and said he chose Valentine’s Day to make it impossible for Stoneman Douglas students to celebrate the holiday ever again.

"What do we have the death penalty for? What is the purpose of it?" Alhadeff questioned. "I pray that that animal suffers every day of his life in jail." 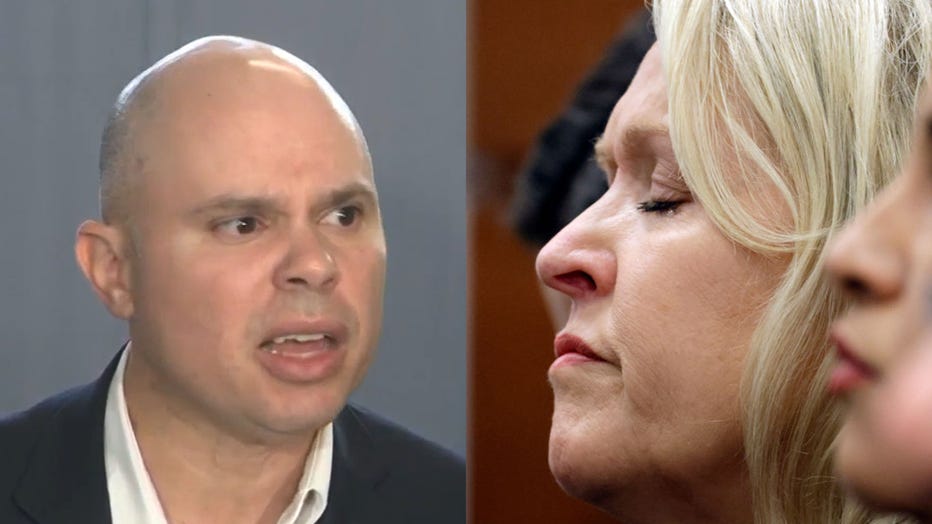 The jury’s recommendation came after seven hours of deliberations over two days, ending a three-month trial that included graphic videos, photos, and testimony from the massacre and its aftermath, heart-wrenching testimony from victims’ family members, and a tour of the still blood-spattered high school building.

Under Florida law, a death sentence requires a unanimous vote on at least one count. Circuit Judge Elizabeth Scherer will formally issue the life sentences on Nov. 1. Relatives, along with the students and teachers Cruz wounded, will be given the opportunity to speak at the sentencing hearing.

Benjamin Thomas, the jury foreperson, told WFOR that three jurors voted against the death penalty, with one of them being a "hard no" on the decision and another two ultimately choosing to vote against it as well.

"It didn't go the way I would've liked or the way I voted, but that's how the jury system works," Thomas said. "I didn't vote that way, so I'm not happy with how it worked out, but everybody has the right to decide for themselves. It is a moral decision on their own; some of the jurors just felt that way."

As the jury’s recommendations of life sentences were read Thursday for each victim, many in the family section of the courtroom shook their heads, looked angry, or covered their eyes. Some sobbed as they left the court.

Tony Montalto’s daughter Gina was also 14 when she died in the shooting. He called the jury’s decision "another gut punch."

"Gina, my beautiful, kind, bubbly, bright daughter, deserved better than what she got from the schools and certainly from this jury," Montalto told reporters. "She should not have been extinguished by this monster." 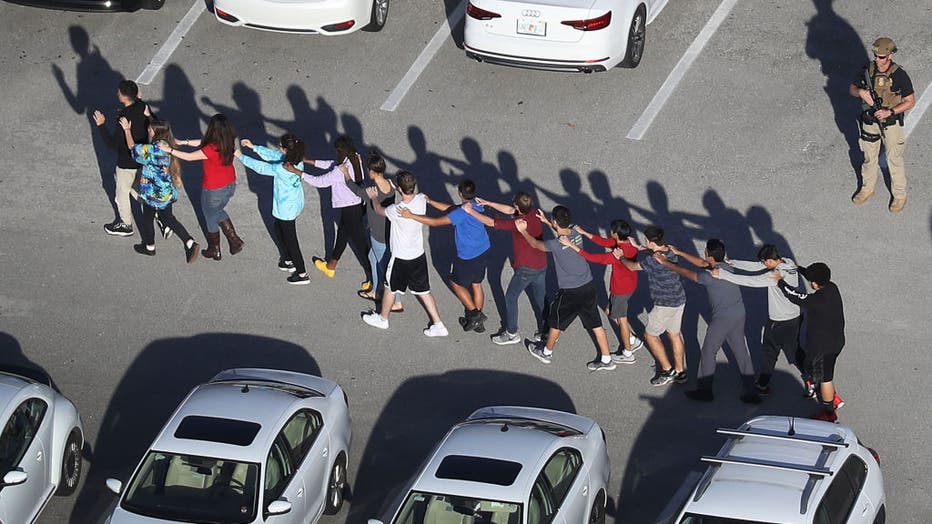 FILE - People are brought out of the Marjory Stoneman Douglas High School after a shooting at the school on February 14, 2018, in Parkland, Florida. (Photo by Joe Raedle/Getty Images)

Fred Guttenberg’s daughter Jaime, an aspiring dancer and gymnast, died at 14. Her brother fled the shooting physically uninjured. Fred Guttenberg has since become an outspoken advocate against gun violence.

"I’m stunned. I’m devastated," he said. "She was shot running down a hallway ... This decision today only makes it more likely that the next mass shooting will be attempted."

Fred Guttenberg, the father of Parkland murder victim Jaime Guttenberg, slammed attorneys for Nikolas Cruz for their behavior throughout the 3-month-long trial for the deaths of 17 people at Marjory Stoneman Douglas High School. Guttenberg said the attorneys were "despicable," including calling out one attorney by name for giving the middle finger when she lost an argument in court, and then laughing with Cruz afterward.

Following the recommendation, Stand With Parkland — which includes parents and spouses of Parkland shooting victims — issued the following statement from Montalto, who serves as president of the advocacy group:

"Today’s ruling was yet another gut punch for so many of us who devastatingly lost our loved ones on that tragic Valentine’s Day at Marjory Stoneman Douglas High School. 17 beautiful lives were cut short, by murder, and the monster that killed them gets to live to see another day. While this sentence fails to punish the perpetrator to the fullest extent of the law — it will not stop our mission to effect positive change at a federal, state and local level to prevent school shooting tragedies from shattering other American families."

Cruz, his hair unkempt, largely sat hunched over and stared at the table as the judge spent 50 minutes reading the jury's decision for each victim.

The massacre is the deadliest mass shooting to ever go to trial. Nine other people in the U.S. who fatally shot at least 17 people died during or immediately after their attacks by suicide or police gunfire. The suspect in the 2019 massacre of 23 at an El Paso, Texas, Walmart is awaiting trial.

This story was reported from Cincinnati. The Associated Press and FOX 13 Tampa Bay contributed.