FORT LAUDERDALE, Fla. - Prosecutors in the case of Florida school shooter Nikolas Cruz are calling for an investigation after a juror said she felt threatened by another member of the jury during deliberations that ended with a life sentence for Cruz’s murder of 17 people.

The motion calls for law enforcement to interview the unnamed juror after she told the state attorney’s office about what "she perceived to be a threat from a fellow juror while in the jury room."

Prosecutors asked, during a Friday afternoon hearing, for law enforcement to investigate after the unnamed juror told their office about what "she perceived to be a threat from a fellow juror while in the jury room."

The information has been turned over to sheriff's investigators, who will contact the juror.

The judge declined to become further involved in the matter, for now.

Jury sentences Parkland shooter to life in prison without parole

The jury foreman said three of the jurors ultimately voted for life in prison, with one of them being a "hard no" on the death penalty and another two ultimately choosing to vote against it as well.

A divided jury spared Cruz the death penalty and instead decided to send him to prison for the rest of his life in a decision that left many families of the victims angered, baffled and in tears. Cruz, 24, pleaded guilty a year ago to murdering 14 students and three staff members, and wounding 17 others, at Parkland’s Marjory Stoneman Douglas High School on Feb. 14, 2018.

Florida criminal defense attorneys Richard Escobar and David Weinstein, who are both former prosecutors, said that even if a threat was made, the jury’s decision will not be overturned because of double jeopardy, or trying the same defendant twice for the same crime. 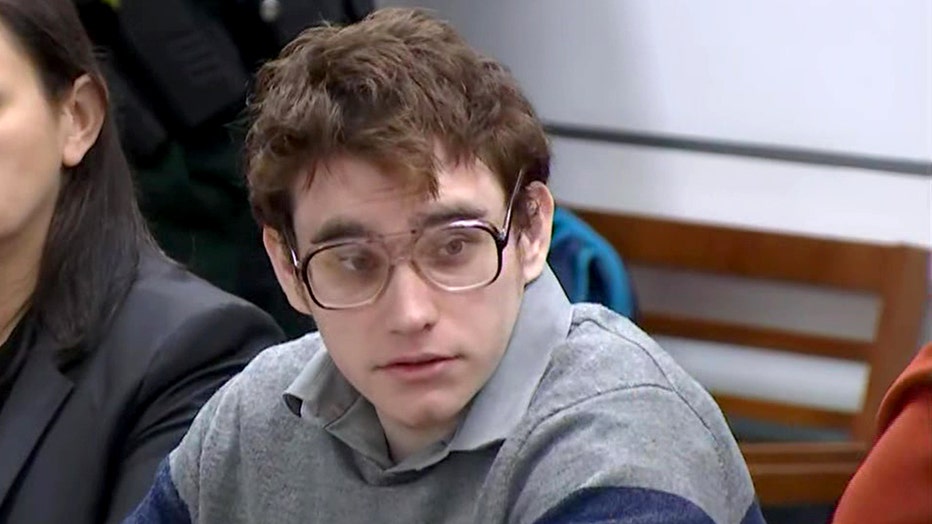 Nikolas Cruz waits for the judge to enter the courtroom before the jury's verdict is released.

Weinstein pointed to a 1990s case involving two drug kingpins who bribed a jury and were acquitted. Even under that circumstance, prosecutors couldn’t retry the duo for drug trafficking, but did convict them on charges stemming from the bribery.

Under Florida law, a death sentence requires a unanimous vote on at least one count. The 12-person jury unanimously agreed there were aggravating factors to warrant a possible death sentence, such as agreeing that the murders were "especially heinous, atrocious, or cruel." 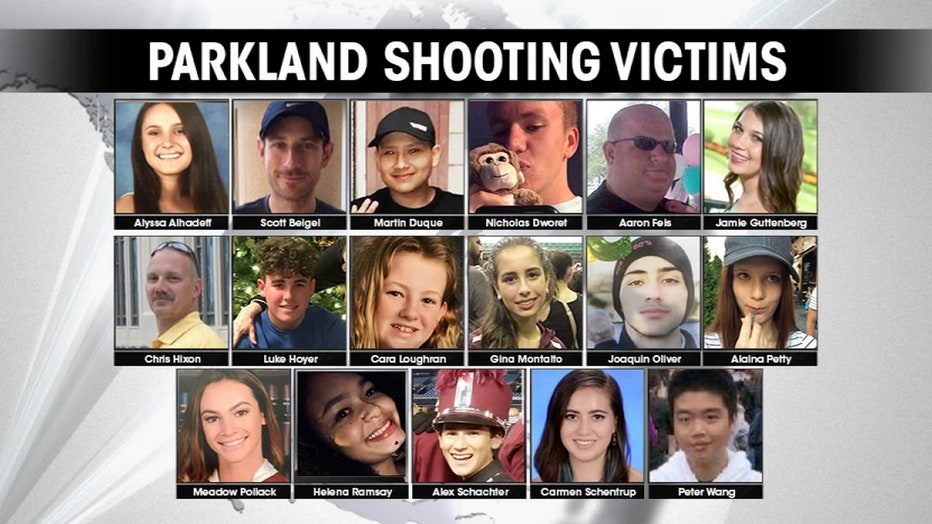 Photo shows an image of each victims who died in the 2018 Parkland mass shooting at Marjory Stoneman Douglas High School.

MORE: The victims of the 2018 Parkland high school massacre

But one or more jurors also found mitigating factors, such as untreated childhood problems. In the end, the jury could not agree that the aggravating factors outweighed the mitigating ones, so Cruz will get life without parole. Circuit Judge Elizabeth Scherer will formally issue the life sentences Nov. 1. Relatives, along with the students and teachers Cruz wounded, will be given the opportunity to speak.

The jurors pledged during the selection process that they could vote for a death sentence, but some victims’ parents, some of whom attended the trial almost daily, wondered whether all of them were being honest.

Fathers, mothers, cousins and other loved ones of those who were murdered in the 2018 Parkland school massacre gave emotional reactions immediately after a jury decided to recommend life in prison without parole for Nikolas Cruz.

Juror Denise Cunha sent a short handwritten note to the judge Thursday defending her vote for a life sentence and denying she intended to vote that way before the trial began.

"The deliberations were very tense and some jurors became extremely unhappy once I mentioned that I would vote for life," Cunha wrote. She did not explain her vote and it is unknown if she is the juror who complained to the state attorney’s office.

Polk County Sheriff Grady Judd said one of his deputies is lucky to be alive after a suspect aimed a gun at his chest and fired the weapon. The deputy was wearing a bulletproof vest and will be survive the encounter.

Jury foreman Benjamin Thomas told local reporters that three jurors voted for life on the final ballot. Two were willing to reconsider, but one was a "hard no" for the death penalty.

"It really came down to a specific (juror) that he (Cruz) was mentally ill," Thomas said. He did not say whether that person was Cunha.