Musical Memorial Day tribute is a hit with neighbors

ZEPHYRHILLS, Fla. - On days like Memorial Day, the sounds of the national anthem and other patriotic music can be heard across the country. But in one Pasco County community, a guitarist performed his own very personal tribute to service members we've lost.

At 10 years old, Justin Kubiak had rock star dreams. "I taught myself how to play guitar," he said. "I started playing in bars when I was 14. My mom used to have to go with me."

Inspired by artists like Prince, he made a career of it, joining bands and touring the country. But, as the son of a Vietnam veteran, songs like the Star-Spangled Banner and Taps have always struck a chord.

"So, I started doing the national anthem for pops," Kubiak said. "I play a million songs but for some reason, those two always -- you can see guys out there really getting into it."

Kubiak played Memorial Day tributes in his Buffalo, New York driveway for the last 25 years. After moving to Zephyrhills, Sunday was his first time doing it in Florida.

"As soon as I moved down here I said, first Memorial Day, here we go," Kubiak said. "And I set up in the driveway and I thought all the neighbors would complain but they thought it was fine." 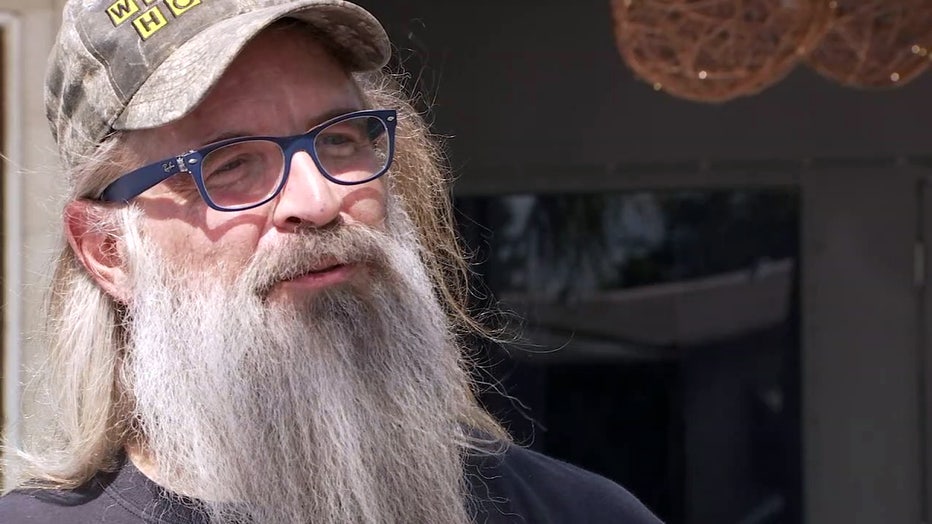 "Remember the ones who went out and fought for our nation and didn't make it home. That's why we're here on Memorial Day."

In fact, a video posted to Facebook got so much attention, he decided to play again Monday for a larger crowd outside Palm Tree Acres mobile home park. First, he played the national anthem, then Taps at 3 p.m. for "Taps Across America."

"How many veterans do we have in the park right now? Put your hands up so we know who to thank," Kubiak said before playing Taps.

Dozens drove out on golf carts and even a few vets rode motorcycles from St. Pete to be a part of it.

"Back home, I did the anthem hundreds and hundreds of times and people enjoyed it but I never got that," Kubiak said.

He hopes his music is a reminder of what Memorial Day is all about.

"Remember the ones who went out and fought for our nation and didn't make it home. That's why we're here on Memorial Day," Kubiak said. "That's what I want you to think about when I'm playing."

Kubiak also plans to bring out his electric guitar for other holidays like the Fourth of July and Veterans Day, bringing music and patriotism.

It’s been 10 years, yet the sound of Taps or a 21-gun salute takes these Gold Star families right back to their sons’ funerals. For them, every day feels like Memorial Day.