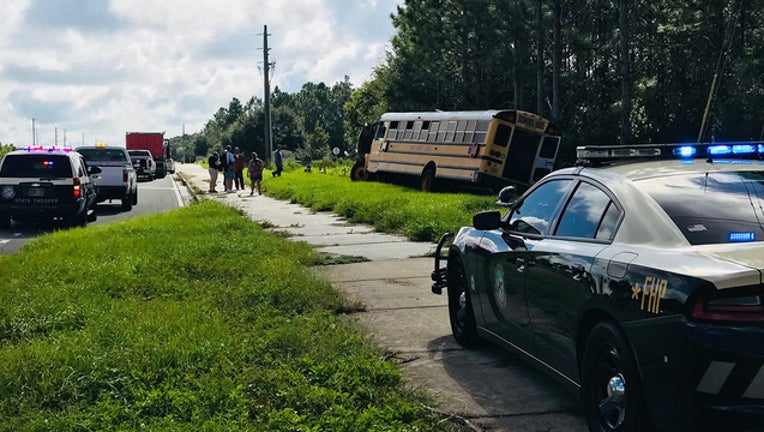 WESLEY CHAPEL (FOX 13) - Five students were on board a Pasco County school bus when it crashed, and troopers say the bus driver is to blame for the accident.

Florida Highway Patrol responded to the crash, which occurred shortly after 9 a.m. Thursday. They said the school bus was traveling eastbound on Overpass Road and stopped at a posted stop sign at the intersection of Boyette Road.

Around the same time, a dump truck was heading northbound on Boyette Road. Troopers said the school bus driver didn’t remain at the stop sign, and entered the intersection and into the path of the dump truck. The truck collided with the right side of the school bus.

The impact pushed the school bus to a line of trees near the intersection, troopers said. Five students from Quail Hollow Elementary School were aboard and were uninjured.

The school bus driver was cited.