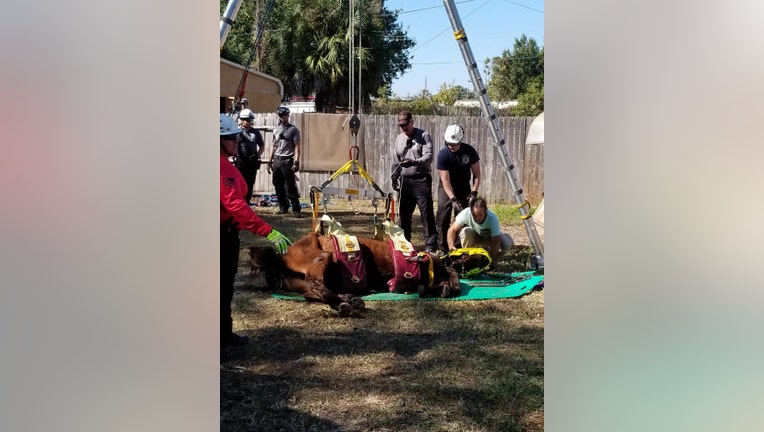 Crews attempt to lift a horse that could not get up. The animal later died. (Pasco County Sheriff's Office)

HUDSON, Fla. - Deputies in Hudson arrested a woman for animal cruelty after her seven horses were found to be malnourished. One later died.

A passerby first noticed the horses on Oct. 24 and contacted authorities.

"As our normal procedure, our Agricultural Unit worked with the owners to try and get them to rectify the situation," the Pasco County Sheriff's Office said.

But on Wednesday, deputies and Pasco Fire Rescue responded to the scene to assist with a horse that could not get up. Despite rescuers' best efforts, the horse later died.

The sheriff's office said they will be petitioning the court for possession of the animals so they may be auctioned.