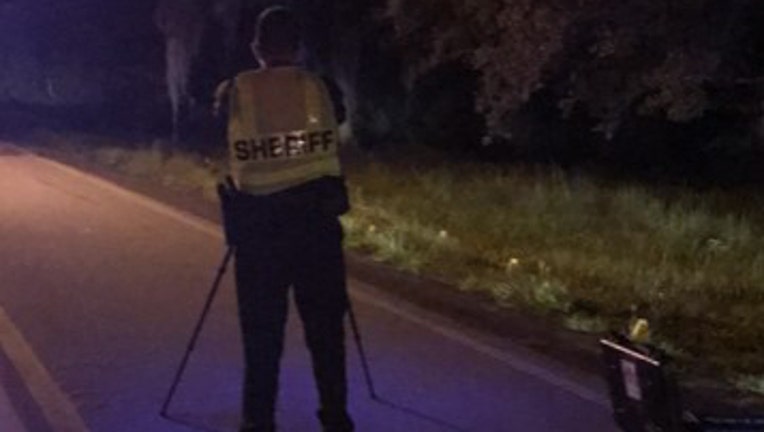 HAINES CITY, Fla. - Ismael Jaime Jr., 21, of Dundee, was killed early Saturday morning in a single-vehicle crash on Patterson Road in Haines City, according to the Polk County Sheriff’s Office.

At 3:02 a.m. Saturday, the PCSO Emergency Communications Center received a 911 call from a man who lives in the 3100 block of Patterson Road and heard the crash occur. He found the vehicle overturned in the roadway and did not see anyone inside. When first responders arrived, they found Jaime laying in the wooded area nearby, critically injured. He was taken to Osceola Regional Medical Center where he died from his injuries.

PCSO said based on evidence at the scene, t appears the 2013 gray Honda Accord driven by Jaime was heading northbound on Patterson at a much higher rate of speed than the posted speed limit of 35 miles per hour. The car went off the east side of the roadway onto the grassy shoulder and struck a wooden utility pole, then rotated and rolled several times, ejecting Jaime, who was the only occupant. Jamie’s driver’s license was suspended in December 2019, according to PCSO.

The roadway was closed for approximately four hours during the investigation. Deputies said excessive speed and impairment appear to be factors.