Speaking alongside the Congressional Black Caucus shortly after the verdict was handed down, the top House Democrat looked to the sky and said, "Thank you, George Floyd, for sacrificing your life for justice.

"For being there to call out to your mom," Pelosi went on. "How heartbreaking was that? [To] call out for your mom, 'I can't breathe.'

"But because of you and because of thousands, millions of people around the world who came out for justice, your name will always be synonymous with justice," the speaker added.

Critics from both sides of the aisle blasted Pelosi's tone-deaf remarks.

"Ummm... he didn’t sacrifice his life... he was brutally, horrifically murdered. What the hell is this," Guardian writer Hannah Parkinson tweeted. 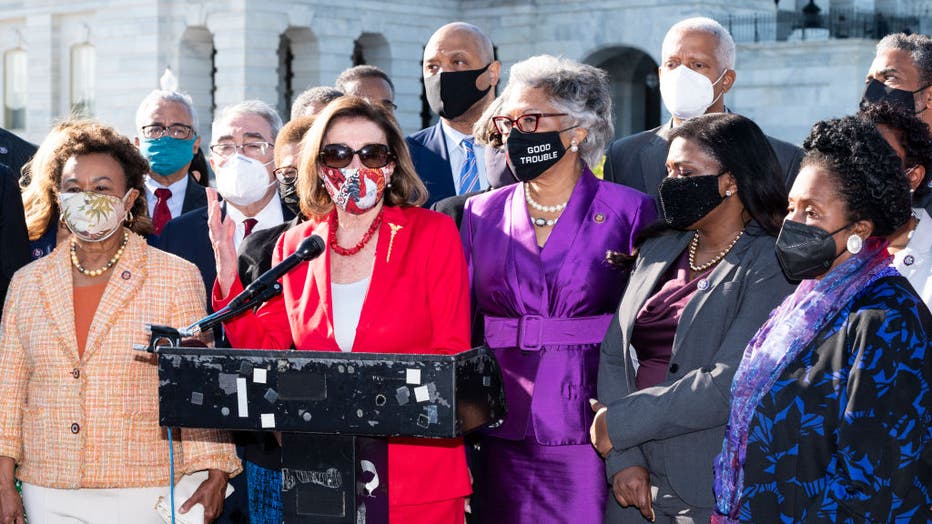 UNITED STATES - APRIL 20: The Speaker of the House Nancy Pelosi, D-Calif., speaks at a news conference surrounded by members of the Congressional Black Caucus after the reading of guilty verdicts in the Derek Chauvin trial on Tuesday, April 20, 2021.

"I didn’t expect Pelosi to have one of the worst takes, but here we are," YouTube host Farron Cousins concluded.

"I don't expect anything less of Nancy Pelosi. Racism is and has always been a spectrum," author Frederick Joseph wrote.

"This type of lunacy is what happens when you view people as nothing but pawns for your cause," journalist Annika Rothstein said.

"George Floyd should be alive today. His family’s calls for justice for his murder were heard around the world. He did not die in vain," Pelosi wrote. "We must make sure other families don't suffer the same racism, violence & pain, and we must enact the George Floyd #JusticeInPolicing Act."