For his first-ever trick-or-treating attire, toddler Brantley Morse is dressing as Carl from the Pixar movie “Up,” complete with bow tie and balloons.

Brantley's mother said she wanted to incorporate his medical equipment in the costume (his walker resembles the cane Carl used in the movie) to “show the world that Brantley is making the absolute best out of his disabilities,” the Akron Children’s Hospital wrote on Facebook.

Brantley was born prematurely at 24 weeks at 1 pound, 11 ounces and spent the first six months at the NICU at Akron Children's Hospital.

Brantley tried out his costume at a fall festival last weekend and "is looking forward to celebrating Halloween this year," the children's hospital wrote. 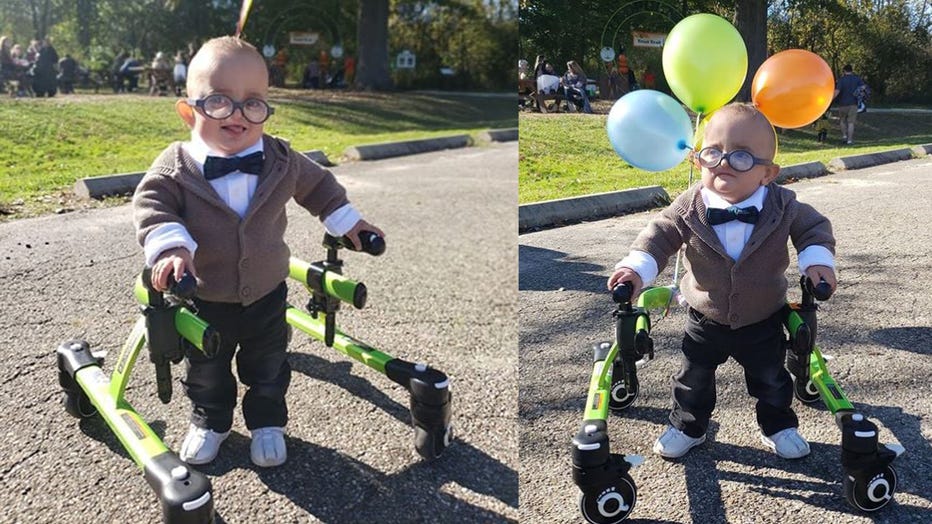 Brantley Morse, 2, is pictured in his Halloween costume as Carl from the Pixar film “Up.” (Photo credit: Akron Children’s Hospital)