LARGO, Fla. - A Pinellas County man has been arrested for allegedly bringing an explosive device to a protest outside the county courthouse in Largo January 6.

Pinellas County Sheriff Bob Gualtieri said Garrett James Smith – whose 22nd birthday happened to be Jan. 6 – was seen running away from the direction of the Thursday's protest, which was lawfully organized to oppose the detention of Jeremy Brown. 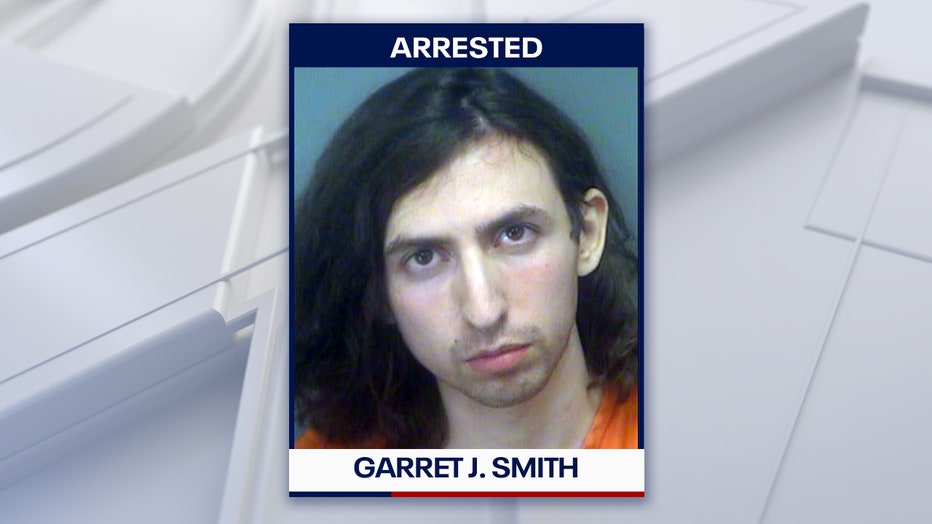 Brown faces federal charges in the Jan. 6, 2021 attack on the nation's Capitol building. Gualtieri said the Pinellas County Sheriff's Office has an agreement with the federal government to house federally charged subjects in certain circumstances.

The sheriff said groups had organized online to conduct the protest of Brown's continued detention and the conversations of those groups were being monitored by local law enforcement. 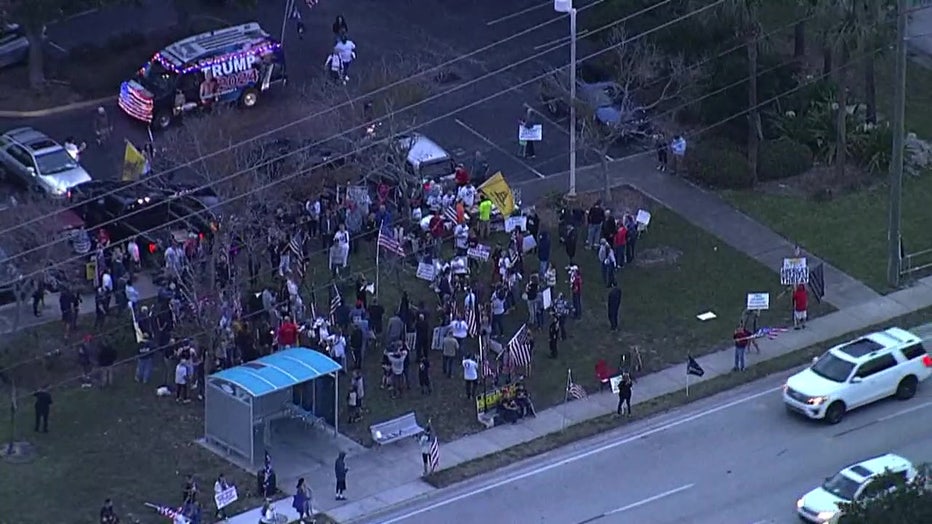 During Thursday's event, deputies noticed a man wearing all black, with a black face covering and a black backpack, running away from the gathering at the courthouse.

Deputies caught up with him and detained him. After arresting him for prowling and loitering, they searched his backpack, where they found a black helmet and a list of items. 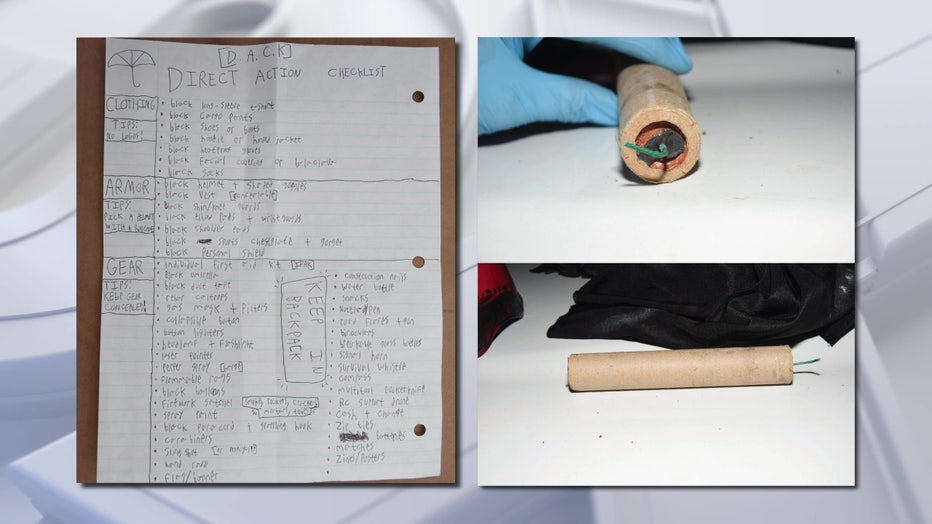 Smith's car was found nearby and deputies found M-80 fireworks inside. A search of Smith's residence turned up four grenade-type explosives and another pipe-style explosive, the sheriff said.

He added that the explosive device found at the courthouse was capable of exploding. 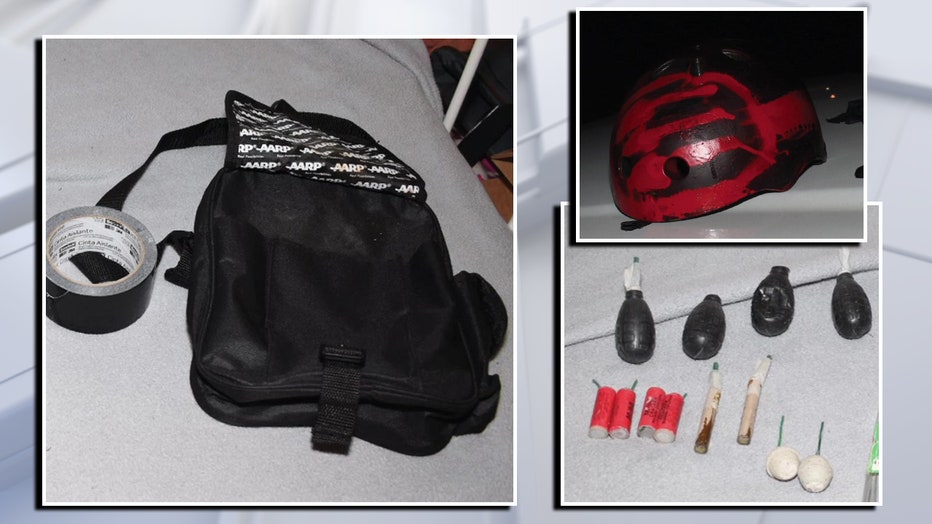 The document listed items by category, which seemed to match the items Smith was wearing and carrying with him. On the list was "clothing," "armor," and "gear," with a list of "tips" below each category.

Bullet points next to each category said things like "black shoes," "black face covering," backpack," "black helmet," and "armor," among other items. 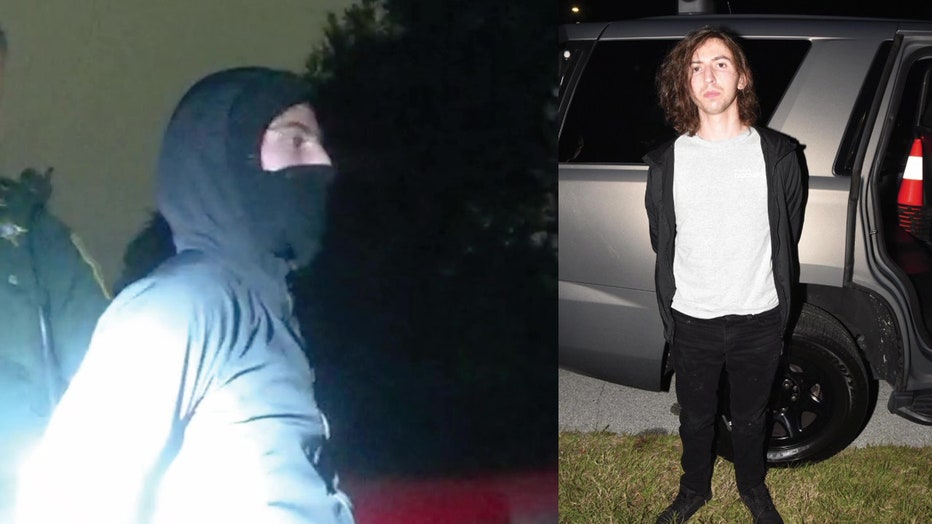 Gualtieri said Smith does not seem to have any social media profiles and has no criminal history. However, investigators have learned Smith recently traveled to Portland, Oregon, where similar protests had been planned.

Smith was not cooperating with deputies, so they do not know if he was supportive or critical of the protesters at the courthouse.

Smith faces three charges of making, possessing, and/or discharging a destructive device, and one count of loitering and prowling. He is being held on $300,000 bond.

Gualtieri said deputies explained to the protesters that there had been a problem and asked the crowd to disperse early, which they did.