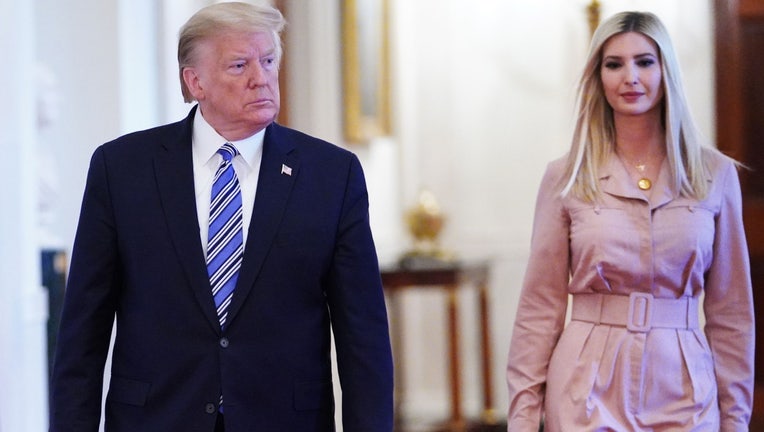 That is the question Donald Trump may face after a New York judge ordered the former president to testify in a long-running state civil investigation into his business practices.

Trump's lawyers are almost certain to appeal Judge Arthur Engoron's ruling Thursday that Trump and his two eldest children, Ivanka and Donald Trump Jr., have 21 days to comply with a subpoena seeking their testimony in a probe by New York Attorney General Letitia James.

Barring a successful legal challenge, Trump would face a decision between answering questions under oath or remaining silent and invoking his Fifth Amendment right against self-incrimination — a tactic he has equated with evidence of guilt.

"The mob takes the Fifth," Trump told a campaign crowd in Iowa when running for president.

"If you are innocent, do not remain silent," Trump tweeted in 2014, offering free advice as Bill Cosby faced a flurry of sexual assault accusations. "You look guilty as hell!"

Aside from any legal considerations, refusing to answer James' questions carries political risks.

"For a former president and potential candidate for the office to take the Fifth would really be remarkable," said Stephen Gillers, a law professor at New York University. "The problem with appearing — at least as his lawyers will see it — is that Trump can’t be controlled and he’s likely to say things that will cause more trouble for him and his family."

Trump's own lawyers acknowledged during a court hearing Thursday that the former president faces risks by sitting down with attorneys heading up an investigation he long has derided as a "witch hunt."

James, a Democrat, says her investigation has uncovered evidence Trump’s company used "fraudulent or misleading" valuations of his assets to get loans and tax benefits.

Manhattan's district attorney is also investigating, and if Trump were to testify in the civil probe, anything he says could be used against him in a criminal proceeding. Last year, the district attorney's office charged Trump's company and longtime finance chief in what prosecutors called a "sweeping and audacious" tax fraud scheme.

But even remaining silent could hurt a potential criminal defense, Trump's attorneys said.

"If he goes in and follows my advice, which will be you cannot answer these questions without ... immunity because that’s what the law provides, and take the Fifth Amendment, that’ll be on every front page in the newspaper in the world. And how can I possibly pick a jury in that case?" attorney Ronald Fischetti said during Thursday's hearing.

Trump would not be afforded "a blanket assertion" of his Fifth Amendment right but be required to invoke it "individually for each question that's being asked," said David S. Weinstein, a former federal prosecutor. "It's a very long and drawn-out process," he said.

That was the case in 1990, when Trump refused to answer 97 questions in a divorce deposition.

But he seemed to relish such questioning on many other occasions throughout his career as a real estate developer, sitting for hours of depositions as part of lawsuits over contracts, defamation and other legal disputes. He frequently used the platform to expound on his wealth or popularity, defend his penchant for exaggeration and deflect blame onto others, particularly when it came to facts and figures that later fell under scrutiny.

He also has shown flashes of irritability or condescension, including once deriding an attorney for what he said were "very stupid questions."

One subject Trump became especially accustomed to was questions about assessments of his wealth and the value of his properties — areas of particular interest in the New York civil inquiry.

Under questioning, he has defended his businessman’s instinct of giving the public the rosiest, most optimistic outlook possible.

In trying to get the subpoenas from James voided, Trump's lawyers argued she was engaging in an unfair trick.

Her plan, they claimed, was to use the civil investigation as a ruse to gather evidence that would then be used in the ongoing criminal grand jury investigation. And if Trump cites his Fifth Amendment right not to testify, the attorney general might use that refusal to hurt Trump in a civil lawsuit.

The Trumps' lawyers said any testimony should be delayed until after the criminal investigation is complete, thus allowing the president to avoid having to invoke his Fifth Amendment right.

The judge, Engoron, refused to issue a delay.

The target of an investigation, he said, "cannot use the Fifth Amendment as both a sword and a shield; a shield against questions and a sword against the investigation itself," he wrote.

When Trump and his children are deposed, Engoron said, they "will have the right to refuse to answer any questions that they claim might incriminate them, and that refusal may not be commented on or used against them in a criminal prosecution. However, there is no unfairness in allowing the jurors in a civil case to know these refusals and to draw their own conclusions."