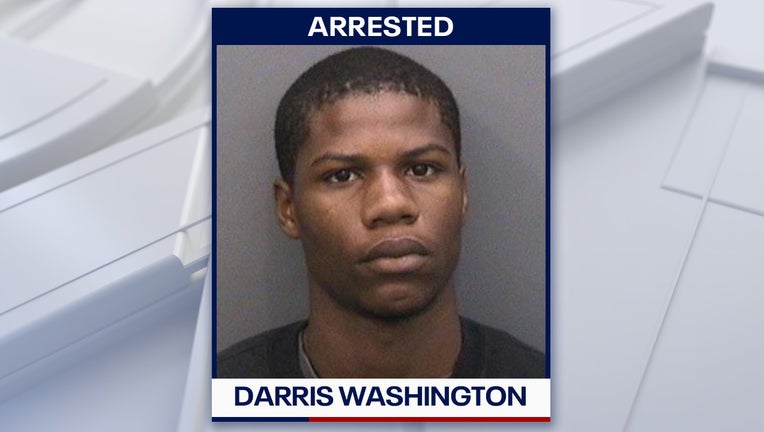 TAMPA, Fla. - Police say they’ve made an arrest in Sunday’s violent domestic disturbance that ended with a 14-year-old accidentally shot by his mother as she fended off the assault.

According to police, the fight began Sunday evening at a home along Alaska Street. Police say the boy’s mother had tried to take her six children and leave the home in order to prevent the fight from escalating. That’s when 26-year-old Darris Washington followed her outside.

As the woman loaded her kids into the car, police say Washington attacked one of them, throwing a 10-year-old boy to the ground and punching him in the face. Unable to stop him, the woman retrieved a gun from the home and fired at Washington as he came after her, but the bullet only grazed Washington and struck her 14-year-old son. 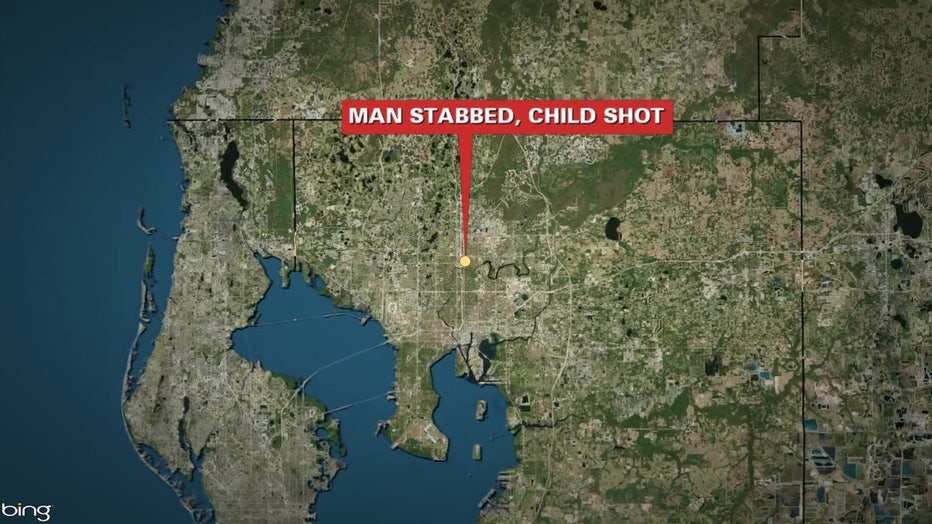 Police say Washington then tried to strangle the woman, but she was able to grab a knife and stab him in the back.

When police arrived, they found the 14-year-old with a gunshot to the abdomen, the 10-year-old suffering from injuries to his face, and Washington lying on the front lawn with a stab wound to his back, a laceration to his neck, and a bullet graze on his right bicep.

Washington, 31, was charged Tuesday with domestic battery by strangulation and aggravated child abuse.

The 14-year-old was hospitalized in critical but stable condition.