But it turned out to just be a guy in a Halloween costume.

ARLINGTON, Texas - Police in Arlington, Texas, responded to an unusual report of an “unknown animal” as “big as a gorilla” making its way down a street on Wednesday, October 28, only to find a man in a Halloween costume.

Officers responded around 9 p.m. Wednesday to reports of the creature, described as between seven and nine feet tall with spikes and five legs.

When officers arrived, they discovered the five-legged creature was in fact a man on stilts testing out an elaborate Halloween costume.

The man told officers his creation is called Psy and is based on “the psychological image of fear.”He explained to officers he hadn’t meant to cause a disturbance and said he lived nearby. 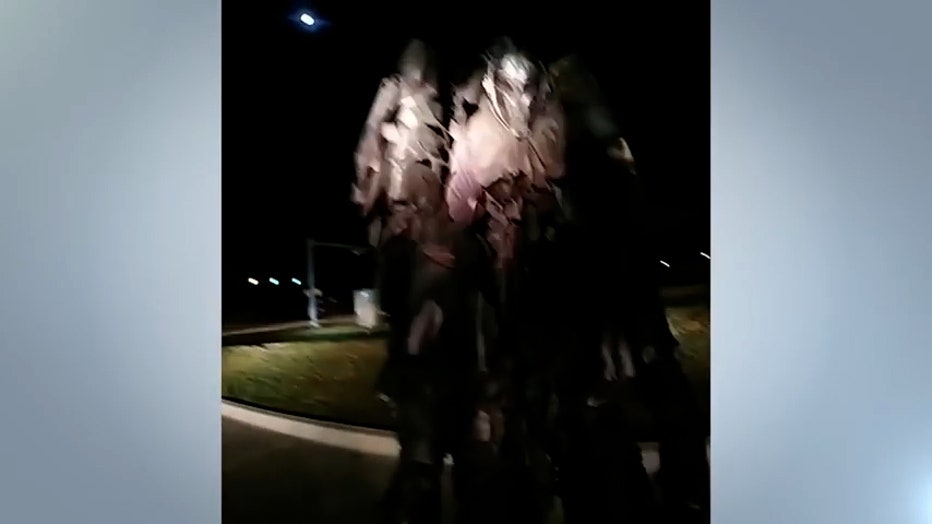