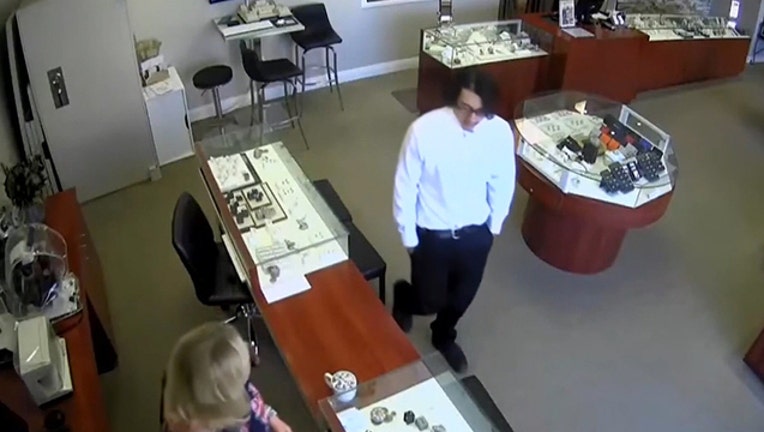 WALNUT CREEK, Calif. (WOFL FOX 35) - There's the high-tech diamond heist you see in movies, where thieves bore into a vault and black out security cameras, and then there's this guy.

On October 12, the man seen here strolled into the King's Jewelers in Walnut Creek, California -- he had called three days earlier asking about engagement rings.  When the salesperson showed him a 1.82 carat diamond ring worth $27,000 by placing it on his hand, he made a bolt for the door.

In just a few seconds, the accused diamond thief was out of the store and into a waiting green getaway car with paper license plates.  Store owner David McConnell says he's not holding out hope that the diamond will be found.