Car plows down mailboxes in Clearwater

Surveillance cameras from homes nearby show the car going over some of the mail receptacles.

At one point, a mailbox can be seen dragging underneath the vehicle.

“We seen it knock two mailboxes down, our mailbox and the neighbor next door.  And it was a black car,” Sandy Barrett recalled. “My husband went out there and he said it was all the way down to the edge of the yard… It was just bent all to pieces.” 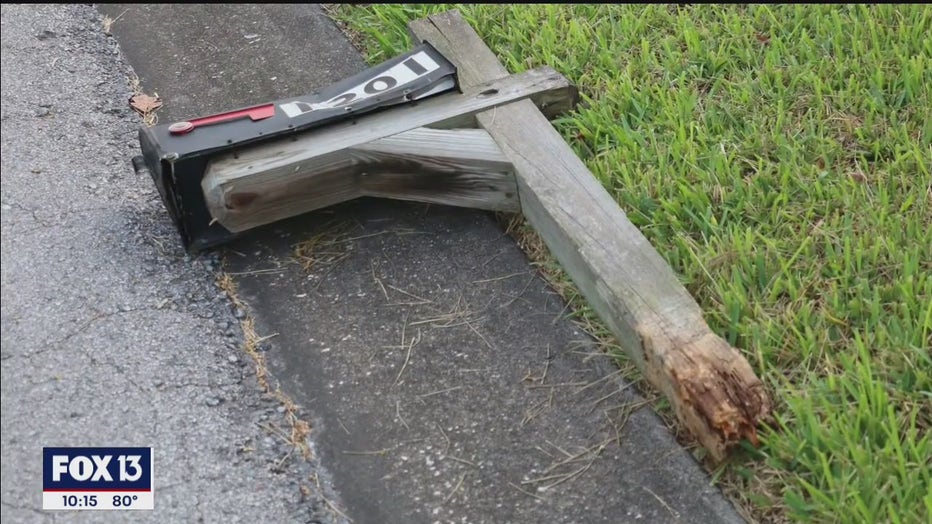 The Barretts were able to salvage their bent up mailbox, but most of their neighbors weren't as lucky.

“I just hope they don’t come back, stay away,” Barrett said.

Anyone with information on the crimes should call Clearwater Police at 727-562-4242.