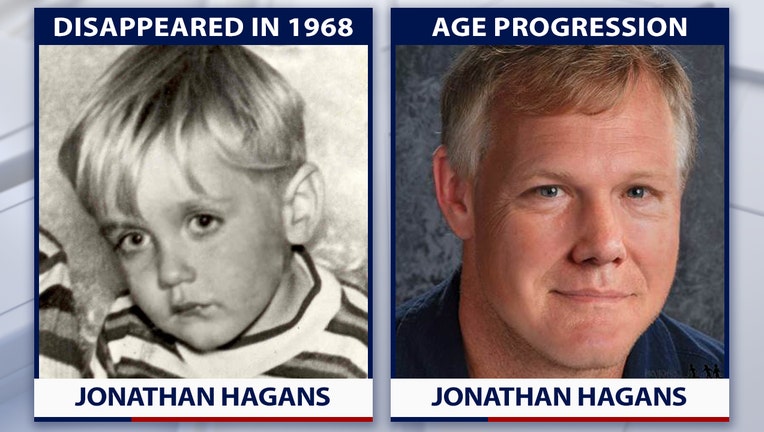 JACKSONVILLE, Fla. - Jacksonville Beach police have reopened what is being called the oldest missing persons case in Florida in hopes of finding out what happened to a 3-year-old boy almost 52 years ago.

Little Jonathan "Jon Jon" Hagans went missing while on a family trip to the beach on June 11, 1968. The police force is teaming up with the Bringing the Lost Home Task Force to gather new evidence in the case.

The child's younger brother, Joel Hagans, is a member of the Tallahassee Board of Realtors. He wanted to help Tallahassee get a “scent K9” to help other families find their missing loved ones and the Tallahassee Police Department’s Special Victims Unit recently welcomed “Jon Jon”, a bloodhound puppy named after the missing boy to the force.

Investigators initially thought “Jon Jon” drowned. Now that the case has been reopened, investigators will review the case file and theories around his disappearance.

A team of Florida investigators and scent evidence specialists will be working with Jacksonville police.

“Since everyone is home now, it’s a good opportunity for our people to think and look to help this family out,” said Paul Coley, a former FBI canine operations specialist and founder of Scent Evidence K9.