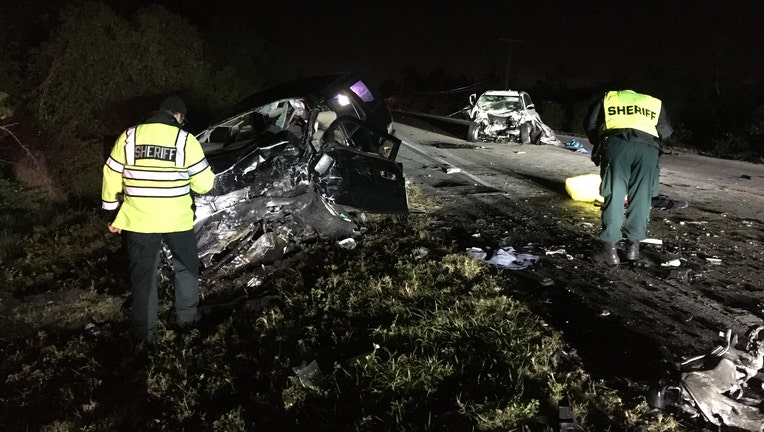 According to police, Keith E. Mitchell, 59, hit another vehicle from behind at a high rate of speed.  They said Mitchell then lost control of his white Kia Sorrento and hit a black Toyota 4-Runner in the southbound lane driven by Alexayra Morales, 34.  Mitchell was ejected from his vehicle and died at the scene. Police said he was not wearing a seatbelt.

Morales is in critical condition, according to police.  One of her children died after being flown to a local hospital and the other child suffered non-life threatening injuries.

US 17/92 was closed in both directions due to the response and rescue operation, along with the extensive post-crash cleanup and recovery.

Police said Mitchell was believed to be at fault and no criminal charges are expected, but the investigation is ongoing.