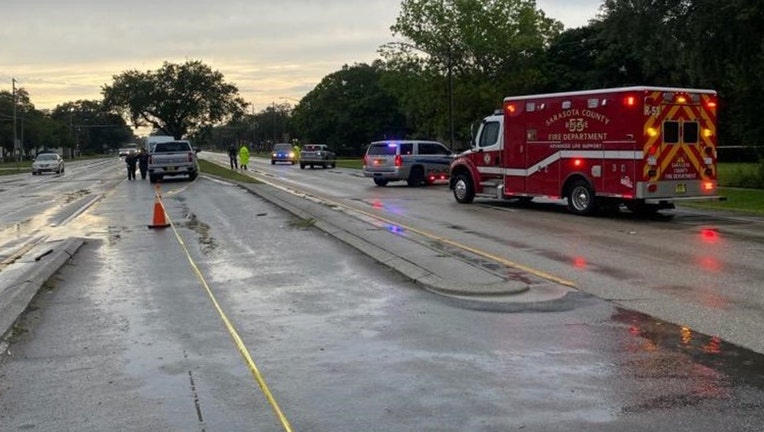 VENICE, Fla. - Police in Venice say they used a stun gun to disarm a suspected shoplifter with a knife at the Venice Commons Publix.

According to investigators, the suspect died at the hospital.

The Venice Police Department says officers were called around 5 p.m. Monday about a shoplifter at the grocery store who allegedly threatened employees with a knife.

When officers got there, they say a man started stabbing himself and ignored commands from officers to drop his knife.

VPD says a Taser was deployed "to disarm the suspect so they could render first aid."

The Sarasota County Fire Department took the man to Venice Regional Bayfront Health, where he died.

VPD said the Sarasota County Sheriff's Office will be conducting the ongoing investigation.