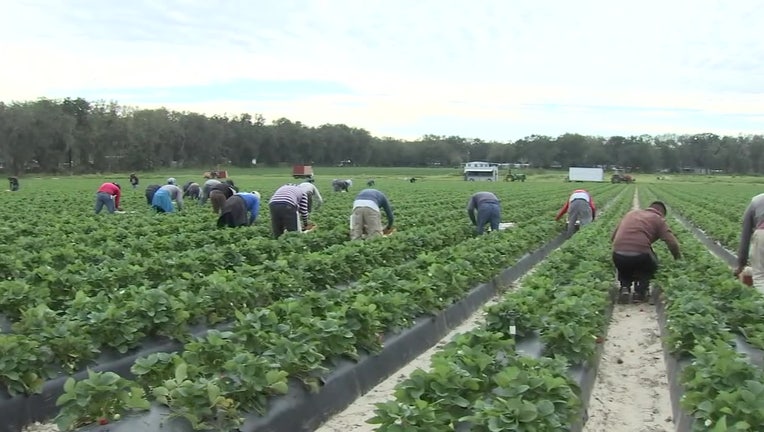 MULBERRY, Fla. - Their hands have spent countless hours plucking strawberries, squash and other fruits and vegetables that would eventually end up on the plates and in the stomachs of people they will never meet.

As they waited outside their meager homes Wednesday afternoon (May 13), the farmworkers used those hands to receive bags and boxes of food for their families, crucial deliveries that lessen their anxiety during a period of lost work and financial insecurity.

A black pickup truck crept along the single unpaved road that bisects a collection of about 20 manufactured homes and trailers in the Willow Oak area outside Mulberry. Families of migrant laborers, including plenty of young children, responded with smiles and waves as volunteers hauled packages of food from the truck’s cab and handed them to the residents.

When a pair of onions dropped from a heavy sack one of the volunteers had lifted, two young girls scampered into the road to retrieve them and shyly hand them back to the man.

The volunteers represent ‘Called To Serve Farmworkers’, an organization founded by Dani Higgins of Lakeland. Higgins has become a beloved presence among local farm laborers through her job as a migrant interventionist teacher for Polk County Public Schools and through her volunteer efforts of several years that she expects to soon gain official nonprofit status. 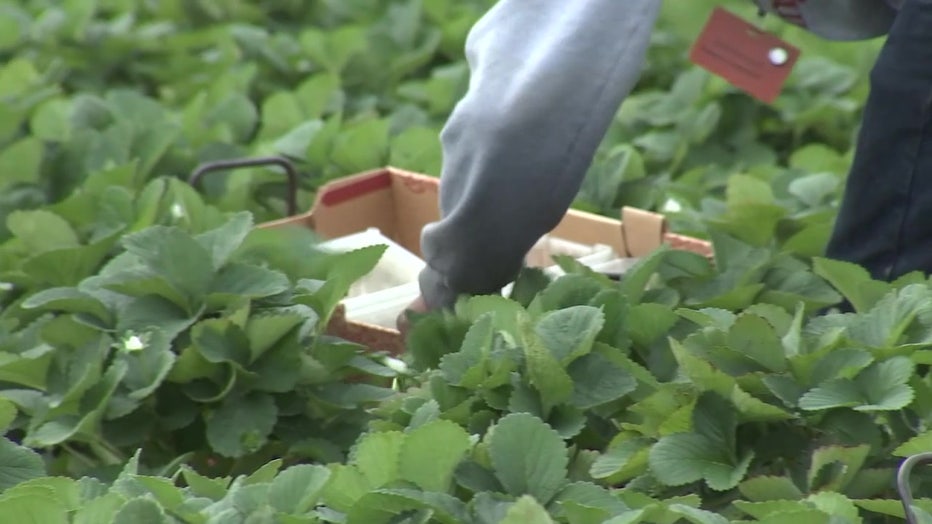 One of the volunteers is Juan Vazquez, himself a member of a migrant farmworker family. Vazquez, now a political science student at Michigan State University, has been home in Mulberry since the school went to remote instruction weeks ago.

Vazquez, 20, said he draws pleasure from seeing the reactions of the camp residents who receive the food deliveries.

“It’s been pretty cool,” he said. “I see kids, they run to us. It’s a pretty good feeling. They’re so excited to see us. They know Ms. Dani already, so they know when Ms. Dani shows up something good will happen.”

Higgins’ organization has been coordinating the relief program with the Redlands Christian Migrant Association, a nonprofit located about a mile from the trailer park. The response to emergency needs created by the COVID-19 crisis also involves local churches, and Higgins has received financial support from United Way of Central Florida.

The Mulberry area and Wahneta in east Polk County have large concentrations of farm laborers. The workers, almost all of them immigrants, pick fruit and vegetables in Florida in the fall through spring, and many travel to northern states in the summer, when crops there are ready to be harvested.

In her job with the school district, Higgins seeks to ensure that children of migrant workers receive educational support as they face such disadvantages as English language deficits and poverty. With Called To Serve Farmworkers, Higgins focuses on addressing basic needs that don’t fit the parameters of her job and continue beyond the school day and academic year. 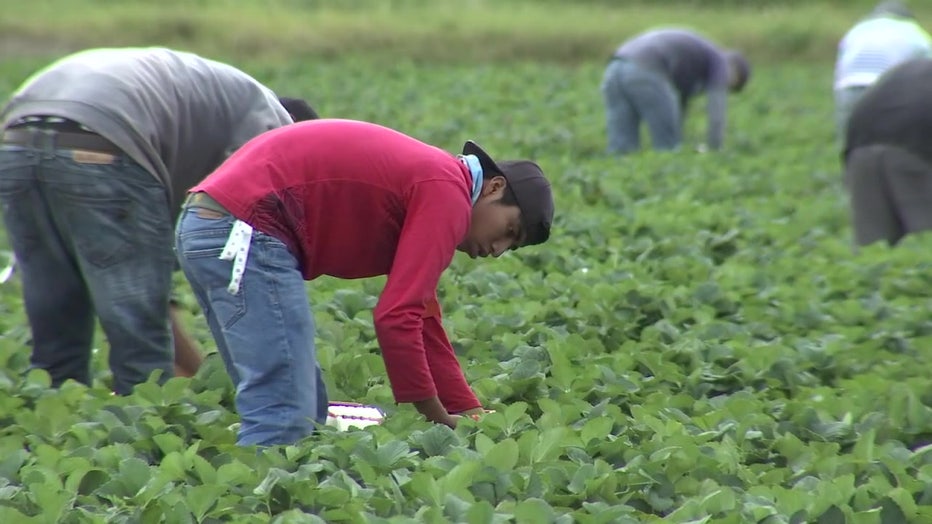 At its 34-acre campus outside Mulberry, RCMA runs a Child Development Center offering a Migrant and Seasonal Head Start program that serves children up to age 5. The program, which included about 160 children this school year, also offers health services through collaborations with state agencies and nonprofits.

Villanueva is a former migrant worker who dropped out of school in ninth grade. She later earned a degree in social work through night classes, and she has served as a migrant worker advocate for about 40 years.

Farm laborers struggle financially even in normal circumstances, but Villanueva said the COVID-19 pandemic has created a sudden and unforeseen crisis. Migrant families’ work opportunities have receded amid disruptions to the agriculture system, and the shift to remote learning by schools has forced parents to stay home with children or pay for childcare during the day.

RCMA suspended its child-development services this spring as concerns about the spread of COVID-19 led to a staffing shortage, Villanueva said. That, combined with the closing of schools, meant migrant families suddenly had to provide their own care for children ranging from infancy through high school.

“It happened at a time where it was the peak of the season and the opportunity they had to make some money to pay their rent and just get on their feet to continue on for the summer or move up north or whatever it is that they needed to do,” Villanueva said. “But with the schools closing, that immediately put them in a huge disadvantage in terms of even for two (parent) families, one had to deal with taking care of the kids.”

On top of that, Villanueva said farm work declined during the strawberry and blueberry seasons as closings of restaurants led some growers to decide it didn’t make financial sense to have crops harvested. At this point, local laborers must travel farther to farms that grow such late-spring crops as tomatoes and squash.
Many migrant families will soon head north to pick crops in North Carolina, Michigan and other states. 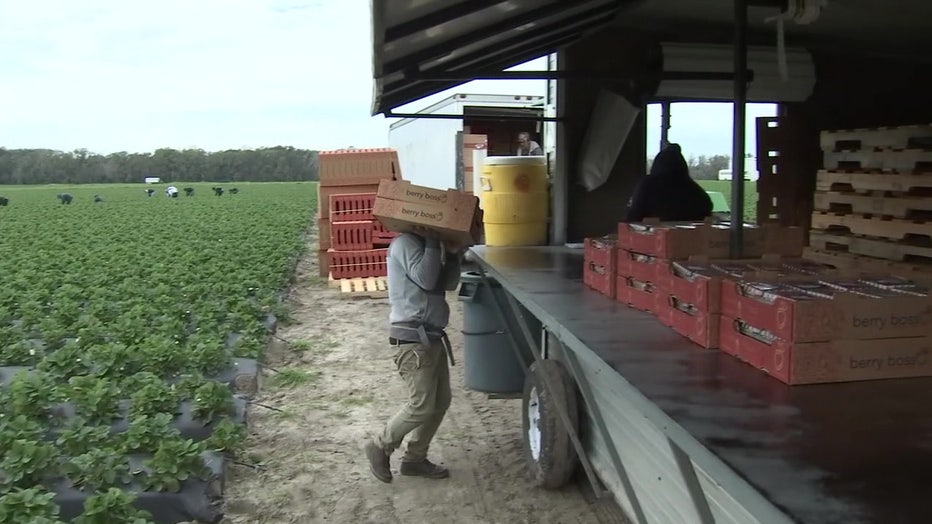 Villanueva said many local farmworkers’ families have “mixed” status, including American citizens or legal residents along with those living in the country without permission. She said such families are ineligible for relief money issued by the federal government, even though all who work pay taxes.

Migrant workers are also coping with concerns about contracting the virus. Villanueva and other advocates say some growers do not provide protective gear for those who pick crops. Workers also must ride on buses to work sites, making it difficult or impossible to keep a safe distance from others.

Villanueva said she doesn’t know of any cases of COVID-19 among Mulberry’s migrant families. She worries that if a case did arise, the infection might spread rapidly because of the community’s housing conditions.

MAKING CONNECTIONS
During the school year, Higgins’ group provides about 100 food bags for children to take home on the weekends. With students away from local schools since March 13, migrant children whose families lack transportation have missed out on free meals at schools.

Seeing what was happening, Higgins and others sprang to address the hunger issue. Churches have donated money and food, and Called To Serve Farmworkers has drawn support from United Way of Central Florida through the George W. Jenkins End Hunger Initiative.

Higgins has formed connections with local churches since forming the organization. She said the collaborations began a few years ago when Jere Gault, a real-estate broker and a member of First United Methodist Church in Lakeland, took a keen interest in the plight of local farmworkers.

Higgins’ organization now draws support from several other local churches, including First Assembly of Mulberry, known as FAM Church. Pastor Brian Lane said he arrived at the church about five years ago and began seeking ways to fill community needs that were going unmet.

RELATED Some Polk residents may qualify for COVID-19 relief programs

He said the church began collaborating with Higgins after he met her about two years ago. The church offers food each Monday for local residents to come and collect, and Lane began setting aside food boxes for distribution to farmworker families.

FAM Church buys food from Feeding Tampa Bay, a charity that supports food pantries in 10 counties. During the pandemic, Lane said, the organization has been providing some food at no cost.
Reacting to the COVID-19 emergency, Lane and church members decided to prepare 300 hot meals for delivery to the migrant camp on Tuesday and Thursday afternoons. A typical meal might be yellow rice, chicken, corn and desserts provided by Mulberry United Methodist Church.

“I can hack my way through some Spanish, but she (Higgins) hooks us up with a couple of Spanish speakers and we go out and hand out the food,” Lane said. “When we first started, you could see some reservation there. But now when they see our church van pull in, they know what’s going on and they actually come out to meet us and talk to us.”

Lane said his church would like to address the child-care needs of migrant families, but he said all of their applications for grant money have so far been denied. 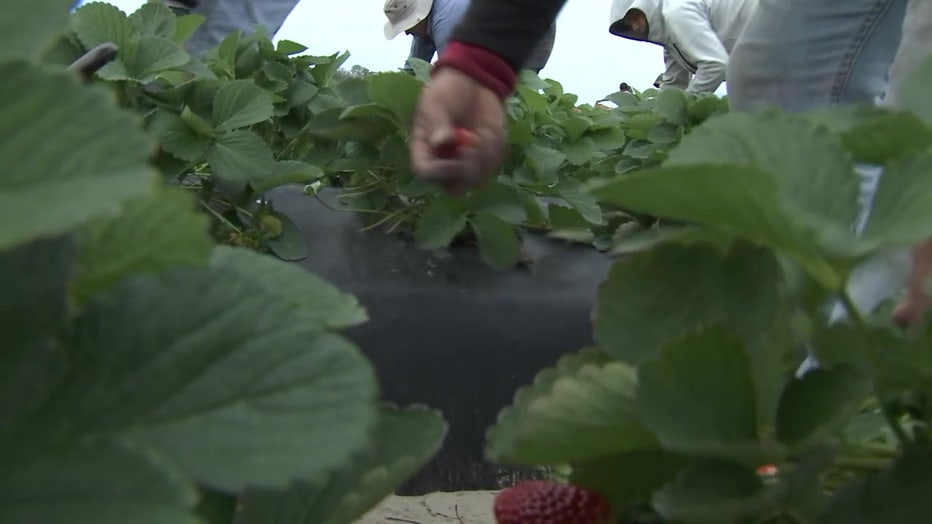 HELPING THEIR OWN
Since the crisis began, ‘Called To Serve Farmworkers’ has been collecting and delivering 125 bags of food to farmworker families one day a week. On other days, the organization distributes items it receives from churches, and twice a month, volunteers hand out food provided by United Way of Central Florida.

Some of the volunteers are college students from migrant families, students Higgins befriended when they were attending local schools. The volunteer cadre also includes current farmworkers.
“So these are people who work all day and they come and take food out to their neighbors and such,” Higgins said.

One of the twice-monthly food drops from United Way occurred Wednesday afternoon. Higgins and about a dozen volunteers gathered in front of a building on the RCMA campus, where they lined up boxes and bags of food on a row of tables and on the ground.

A long line of vehicles formed, and recipients waited for their chance to have food packages loaded into their trunks or truck beds. United Way had advertised the giveaway, and the dozens of families that showed up included some who were not migrant workers, Higgins said.

Volunteers donned masks and some wore gloves as they toiled in assembly-line fashion to deliver uniform packages to each of the vehicles.

Adriana Enriquez led a small group of volunteers who loaded food packages into the bed of her truck for a delivery to the migrant camp. Enriquez, 30, wore a green shirt with the words “PHENOMENAL FARMWORKER” on the front in orange letters.
Enriquez had spent the day picking zucchini at a field in Plant City before coming to help distribute food to fellow migrants, and she was joined by her daughter, Jannet Garcia, a sophomore at Mulberry High School.

Why engage in sweaty volunteer efforts and hours spent toiling in a zucchini field? “Because I know it’s needed for the families and some of them don’t have cars to go and pick up the food,” Enriquez said. “They get excited and happy on these days because it’s hard for them to buy food.”

Though the trailers appeared ancient, residents had painted some of them in buoyant hues ― strawberry red, turquoise and aquamarine with Kelly green trim. Many of the trailers were decorated with strings of small Christmas lights.

The truck’s arrival beckoned some families outside, where they stood quietly while waiting for the food. At one trailer, a pair of preteen boys played with a Chihuahua puppy.

“Gracias,” the Spanish word for “thank you,” was heard often.
Higgins said she often receives messages of gratitude from the migrant families. One woman, who wanted to be known only by her first name, Elva, sends a text after each delivery.

“Thank you very much Dani,” the woman wrote in one recent message, translated from Spanish. “God will multiply blessings in infinite abundance. You are an angel on earth and all those young people who walk carrying food.”