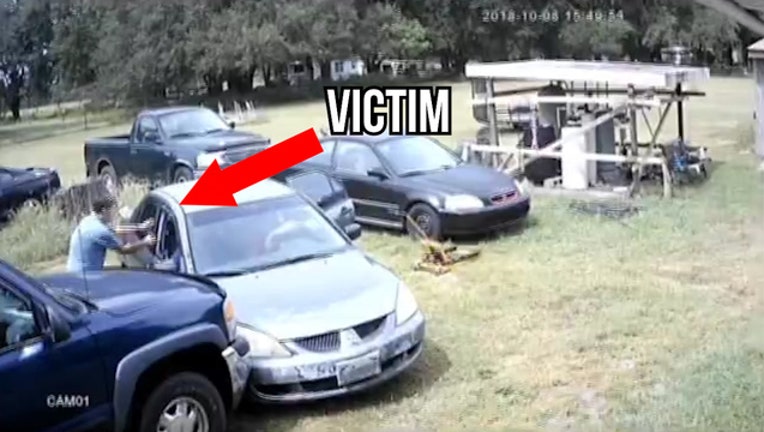 POLK CITY (FOX 13) - Polk County detectives are searching for two burglars who attacked a victim while trying to steal from him, they said.

A victim surprised two burglary suspects who were on his property Monday around 1:30 p.m. on Voyles Loop in Polk City. In surveillance video, the suspects are seen driving onto the victim’s property, and started placing his items into the backseat of their vehicle.

The victim arrived home, pulled his truck up against their car and exited his vehicle. Polk County detectives said he tried to remove the keys from the suspects’ car, but was unsuccessful. So, he entered the back seat to retrieve his stolen items.

It's unclear whether the victim knew the suspects. Anyone with information is asked to call Detective Thomas at (863) 577-1600. Anonymous tips can be submitted to Heartland Crime Stoppers at 1-800-226-8477.