Both worked at the Lakeland Police Department.

"It is hard enough already to do this job, especially with all the things going on in society, but when you lose two officers in your department, it hits home pretty hard," Assistant Chief Steven Pacheco told FOX 13.

Lakeland officer Ken Foley, 57, died in 2019. He was found unresponsive in his patrol car. It was determined he likely died due to a medical problem.

Only a month and a half later, fellow officer Paul Dunn died, as well.

Dunn was killed in an on-duty crash. He was 50 years old. 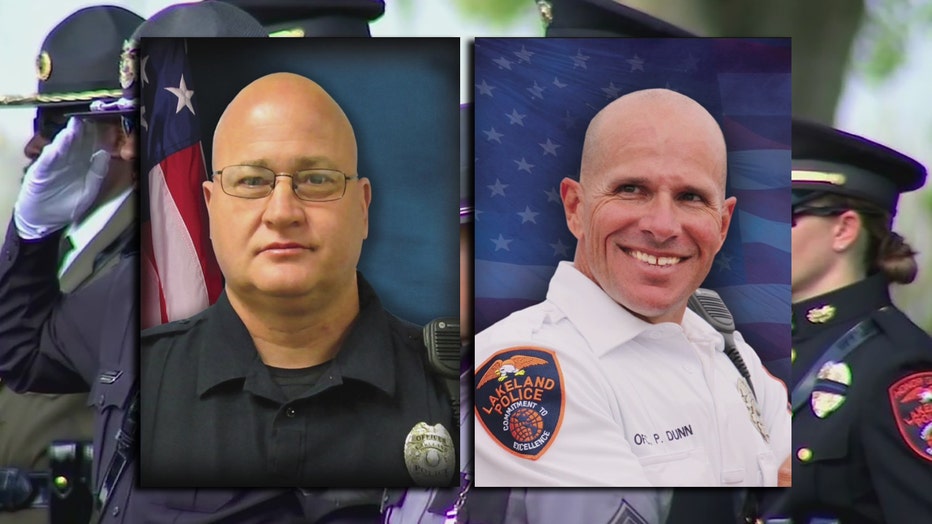 Their names were added to a growing list of Polk officers honored during the ceremony, with a gun salute and fly over.

This time, the honors came later than usual. In Polk County, the event was canceled in 2020 because of the pandemic. It was rescheduled for May, 2021 but was delayed until now because of the delta variant spike.