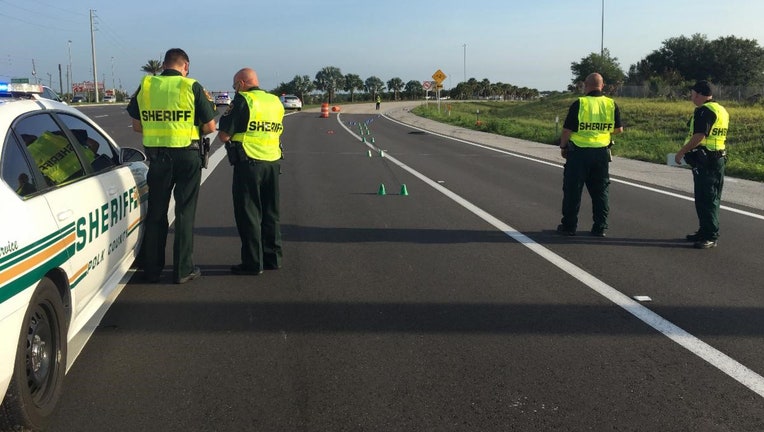 According to investigators, between 9 and 10 p.m. on Friday evening, Matthies called a family member from a Racetrac gas station located at US Hwy 27 and Home Run Blvd. The family member told investigators that it was clear that Matthies was having some issues.

During the phone call, Matthies refused a ride home and became angry during the call, smashing his cell phone on the ground and breaking it, according to PCSO.

Investigators said between 4 and 4:45 a.m. on Saturday morning, Matthies was still at the gas station, acting strange and attempting to smoke inside - he was asked to leave. He became upset, but he left, eventually walking northbound on US Hwy 27.

According to investigators evidence at the scene indicates he began dragging road signs and traffic control barrels onto US Hwy 27, specifically into the two northbound entrance lanes onto I-4 eastbound, when a large vehicle (perhaps a box truck or a semi) that may have been taking evasive action to avoid the barrels struck Matthies in those lanes, dragging him approximately 50 feet.

Investigators said there are tire braking marks at the scene, and deputies believe it is possible that the driver of the vehicle that struck Matthies likely knew he or she struck barrels but not necessarily that a pedestrian was hit.

The vehicle continued eastbound on I-4. Matthies' body was seen by a passing motorist, who stopped, called 911, and remained at the scene.