WINTER HAVEN, Fla. - It’s not quite taking candy from a baby, but deputies in Polk County say a man may have helped himself to some cash that a toddler dropped inside a grocery store. Now they are hoping you can identify him.

Surveillance footage from the Green's Market on Avenue G in Winter Haven shows a mom pushing a toddler in a shopping cart back on October 11. As the woman looks through the meat cooler, the little girl drops her mom’s purse on the floor.

The woman then wheels the cart away, unwittingly leaving her purse behind.

Moments later, the footage shows a man walk up to the purse and look around before grabbing it. Deputies say he appears to put something in his pocket.

According to the sheriff’s office, the man then walked to the cashier, paid for his items, and turned the purse over to the market’s staff. But when the mom came back for her purse, she said all her cash – “a good bit,” according to deputies – was missing.

Now deputies a say they want to talk to the man. They shared the surveillance footage along with an image of the truck he drove away in. 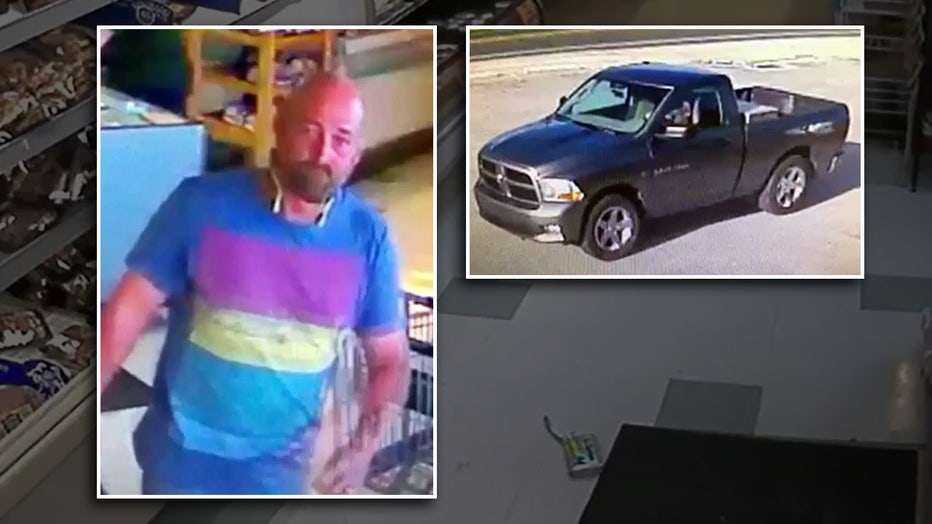 Deputies ask anyone with information to contact Detective Kinsey at 863-297-1100, or, to remain anonymous, contact Heartland Crime Stoppers at 1-800-226 TIPS (8477) or www.heartlandcrimestoppers.com.