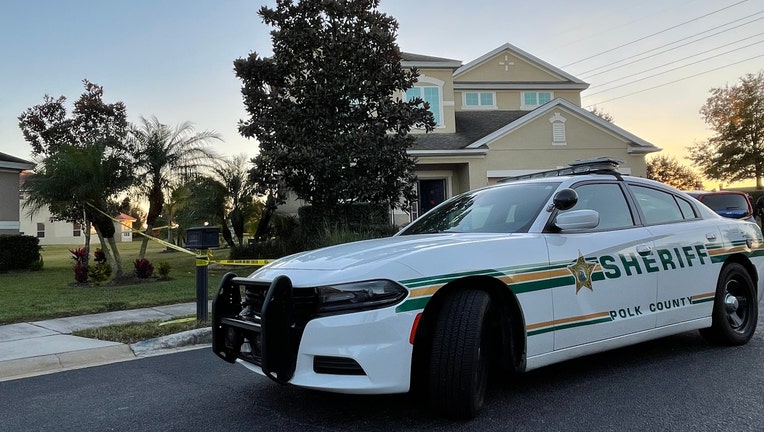 DAVENPORT, Fla. - The Polk County Sheriff’s Office is investigating after a deputy shot and killed a convicted felon who stabbed another deputy in unincorporated Davenport on Sunday afternoon.

According to PCSO, a woman called 911 around 3 p.m. and said her adult son was trying to smother her. She told dispatchers that she woke up to the suspect repeatedly pressing a pillow on her face when she was napping on the couch. Deputies say the woman escaped from the house and called from a safe location.

When deputies arrived at the scene on Oakcrest Court in the Providence subdivision, the suspect barricaded himself in an upstairs bathroom.

The three deputies who responded ordered him to come out with his hands up, but he refused.

The deputies entered the bathroom and say the suspect immediately charged at them with a large knife, stabbing one deputy in the head.

Another deputy deployed his Taser, but it didn’t do anything and the suspect continued to fight with the deputies while armed with a knife. The deputies say they feared for their lives and were forced to shoot the suspect, who subsequently died.

The deputy who was stabbed in the head was transported to a local hospital where he will receive stitches. He is expected to make a full recovery. No other deputies were injured.

The suspect was a registered felon and on probation. He has a criminal history out of Virginia.