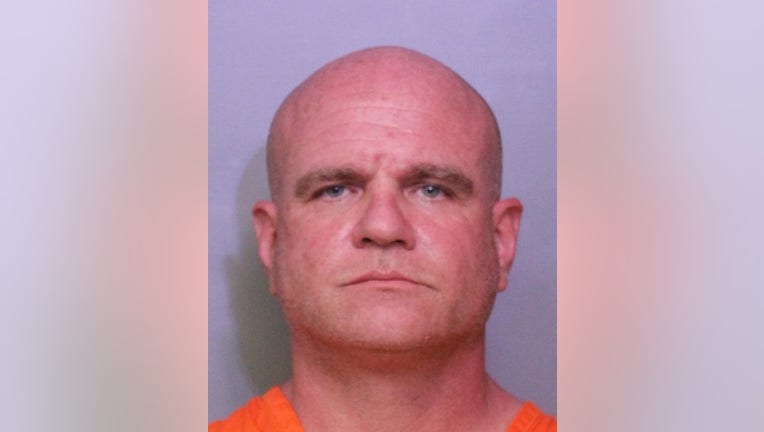 FORT MEADE, Fla. - Polk County deputies arrested a Fort Meade man for removing solar lights at the gravesite for one of the three men murdered last year in Frostproof during a fishing trip, officials said.

Officials said the parents of Damion Tillman reported the theft on Jan. 13, which occurred at the Evergreen Cemetery in Fort Meade. The 23-year-old, along with 30-year-old Keven Springfield and 27-year-old Brandon Rollins.

After the theft of the solar lights, Roy and Elizabeth Tillman placed a game surveillance camera at the gravesite. On Jan. 25, around 11:15 p.m., the surveillance footage showed an individual at Damion’s gravesite, removing the lights.

"A worthless individual stole those lights. Mr. and Mrs. Tillman were outraged as was everyone else who knew of this. They went a step forward," Judd said Tuesday. "We have caught us a thieving animal on the game camera."

The Tillmans contacted the Polk County Sheriff’s Office and provided a description of the person. While deputies were on their way to the cemetery, they said they found the suspect and conducted a traffic stop.

The suspect was identified as 45-year-old Kevin John Wheeler. According to the sheriff’s office, while talking to deputies, he "spontaneously stated he was getting lights" and that "he had an interest with gravesite lights and was removing them because he thought they were pretty."

Deputies said they found the stolen lights from Damion’s gravesite, along with five additional solar lights, in the bed of his pick-up truck. He was arrested and faces charges of petit theft and removing a monument.

"This was the lowest of the low of the low," Judd said. "I applaud the Tillmans for putting up a game camera and catching a real animal. He has no conscious to steal from anybody’s grave – a place that is supposed to be very reverent."