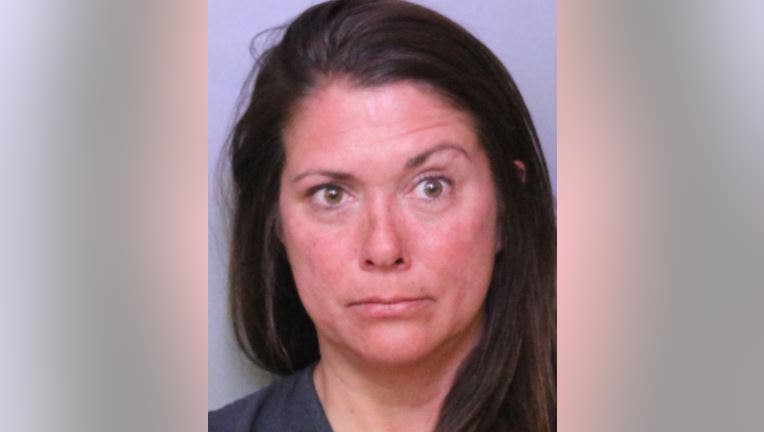 LAKE WALES, Fla. - An employee of the Polk County School Board is facing a DUI charge after crashing into a fence over the weekend.

Polk County deputies arrested 45-year-old Amy Steele. They said she works as a social science coach in the Curriculum and Instruction Department of the school board.

On Sunday just after 4 p.m., investigators said she crashed a black 2012 Chevrolet Silverado into a barbed wire fence at 5571 Lake Mabel Loop Road.

According to the sheriff’s office, the responding deputy reported she smelled the odor of alcohol from Steele, and her eyes appeared bloodshot and watery.

After a field sobriety test, the deputy determined Steele was impaired. She was taken to the Polk County Jail where she provided two breath samples that showed a 0.183 and 0.178. The legal blood alcohol level limit in Florida is 0.08.

"Educators need to conduct themselves in a manner which sets a good example to children," Sheriff Grady Judd said in a statement. "That’s the expectation we have for our firefighters, people in the medical field, politicians, clergy, and of course, law enforcement. Thankfully, this was not a serious crash, but the issue of driving while impaired is still a very serious problem."