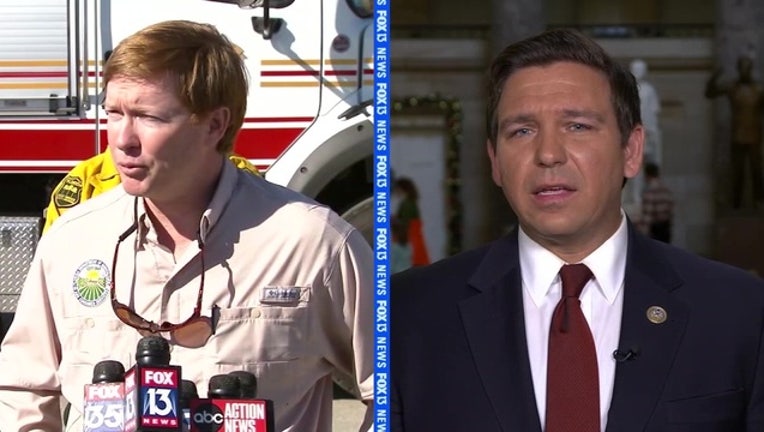 TALLAHASSEE (NSF) - The race between Adam Putnam and Ron DeSantis for the Republican nomination for governor is tightening, according to a poll released Tuesday by Florida Atlantic University.

With a week left before the Aug. 28 primary, a survey from the FAU Business and Economics Polling Initiative showed DeSantis, a three-term congressman from Northeast Florida, with 32 percent of the vote to 31 percent for Putnam, a two-term state agriculture commissioner.

The poll, conducted from Thursday to Monday, surveyed 222 likely Republican primary voters, with a 6.5 percentage-point margin of error. Some 22 percent of the voters were undecided.

The new poll showed an improvement for Putnam, who trailed DeSantis by 9 percentage points in an FAU poll released in late July.

“Adam Putnam appears to have regained some of his footing in the gubernatorial race,” said Kevin Wagner, an FAU political science professor. “The difference may be which candidate is better able to turn out their supporters in the next week.”

But a factor in favor of DeSantis is his endorsement by President Donald Trump, with the FAU poll showing the president has an 80 percent approval rating among Florida Republican voters. Overall, Florida voters disapprove of Trump by a 45-43 percent margin.

In the Democratic primary for governor, former U.S. Rep. Gwen Graham of Tallahassee leads the field with 29 percent of the vote in FAU poll. Former Miami Beach Mayor Philip Levine had 17 percent, followed by Tallahassee Mayor Andrew Gillum and Palm Beach investor Jeff Greene, who both had 11 percent. Chris King, a Winter Park businessman, had 10 percent.

The FAU poll included 239 likely Democratic primary voters and had a 6.3 percentage-point margin of error. Some 19 percent of the voters were undecided.

Monica Escaleras, director of the FAU polling group, said Graham, who is the daughter of former Gov. Bob Graham, is being helped by support among women voters.

“As the only female candidate, she leads the field with 32 percent of the female vote. Males also support her, but to a lesser degree at 25 percent,” Escaleras said.

In the state’s other highest-profile race, Republican Gov. Rick Scott leads Democratic U.S. Sen. Bill Nelson by a margin of 45 percent to 39 percent in their contest for Nelson’s Senate seat, with 16 percent of voters undecided, the poll showed. It’s a slight improvement for Scott, who led Nelson 44-40 percent in the July survey.

On other topics, the FAU survey found 88 percent of voters were “very” or “somewhat” concerned about the physical safety of students, as school started this month for nearly 2.9 million public-school students following a mass shooting in February at a Broward County high school.

The survey also showed 60 percent of voters favored stricter gun-control laws, while 40 percent said the restrictions should be left as they are or made less strict.

The overall FAU poll included 800 registered voters and had a margin of error of 3.4 percentage points.