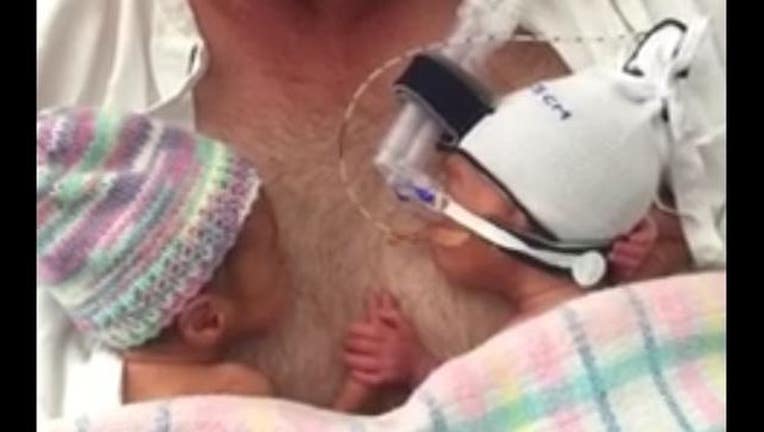 AUSTRALIA - You're never too young to bond with your sibling.

A heartwarming Facebook video out of Australia shows a twin brother and sister, Kristian and Kristiana, holding hands on dad's chest.

In the background, the mother, Anthea Jackson-Rushford, can be heard saying, "He actually holds her hand. How is that possible? That's just unbelievable."

She called on her friends to help the video go viral, and since last week, it's been watched more than 7 million times.