Pets can suffocate if their head becomes stuck inside. Vets say to cut through the bag before throwing it away.

TAMPA, Fla. - That potato chip bag on your counter could be deadly for your pet.

Pet suffocation from snack bags happens almost every day, but few are aware of the danger and what we can do about it.

That was the case for Jack and Nancy Christensen of Venice. They've had corgis for years, including one they named Johnny.

Nancy Christensen describes him as a well-behaved, prince of a dog.

Says Nancy, "He was such a precious little dog. Never did anything wrong. Never ever got into anything."

Until one day he did.

Nancy left a nearly-empty bag of potato chips on an end table. While she was gone, Johnny couldn't resist. He put his head in to lick the crumbs, but couldn't get his head out.

Says Jack, "I looked under the table like this and there he was with that bag over his head...and of course he was dead...I picked him up. It was just devastating to me." 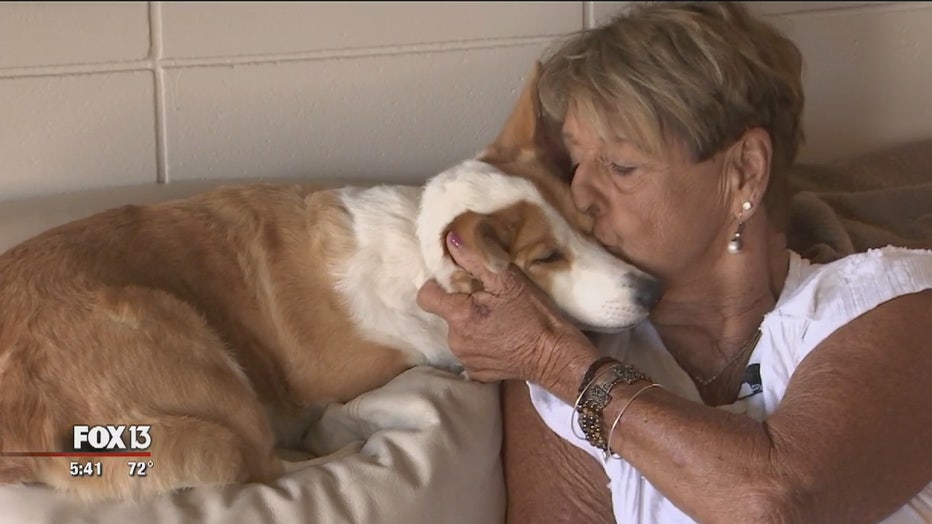 He says most people don't realize that a chip, snack or pet food bag can be a death trap. Dr. Kelley explains what happens when the pet puts his or her head in the bag.

"As the animal inhales, the bag starts to close. It sucks down around their neck and they can't get it off. They try backing away, but now that's sucked down around them, kind of vacuum-sealed, they can't do anything about it. They panic. They run around. They exhaust themselves very rapidly."

Most die in three to five minutes.

Dr. Kelley says by the time the owner calls them, it's too late. Says Dr. Kelley,

"People come in and they are just bereft with guilt. They feel they're at fault because they left that (bag)  where an animal could get to it."

Many of them share their grief and photos on a Facebook page, Prevent Pet Suffocation. The stories are hauntingly the same --they had no idea about the danger until it happens to them.

But  Dr. Kelley says it doesn't have to.

Preventing a tragedy is as simple as storing your snacks in airtight containers and cutting your bags before you toss them in the trash.  Dr. Kelly cuts the sides and bottoms of bags to make sure his pets don't get in trouble.

The Christensens always cut their bags. They've been doing it since they lost Johnny and they share their message whenever and wherever they can.

They don't want anyone else to suffer the heartbreak they went through.

Nancy says, "We're making people aware. Making them aware of how dangerous it is."

The woman who started Prevent Pet Suffocation on Facebook is also trying to save pets. It grew out of the website she started eight years ago when her dog, Blue, suffocated from a chip bag.  Her FB link and website are below.  She also just came out with a public service announcement to let people know what can happen and how you can prevent it from happening to your pet.