ODESSA, Fla. - Pro-wrestler Chris Jericho tweeted out a video on social media he says shows his niece being beaten up and he wants to use his platform to call out bullying in schools.

Jericho, who lives in Odessa, said other kids watched as a student attacked his niece. He shared an 11-second clip on Twitter after he said he first saw it Sunday, calling what he saw a "vicious beat-down."

"I couldn’t believe what I was watching," said Jericho.

He said his 12-year-old niece attends Mulrennan Middle School in Hillsborough County, but she hasn’t gone back to school since the alleged attack.

Jericho said his niece is the victim of a bully.

"I knew that being Chris Jericho with a social media presence that I could maybe do something about it that might make a difference, which would be to post it and say let’s talk about this," said Jericho. 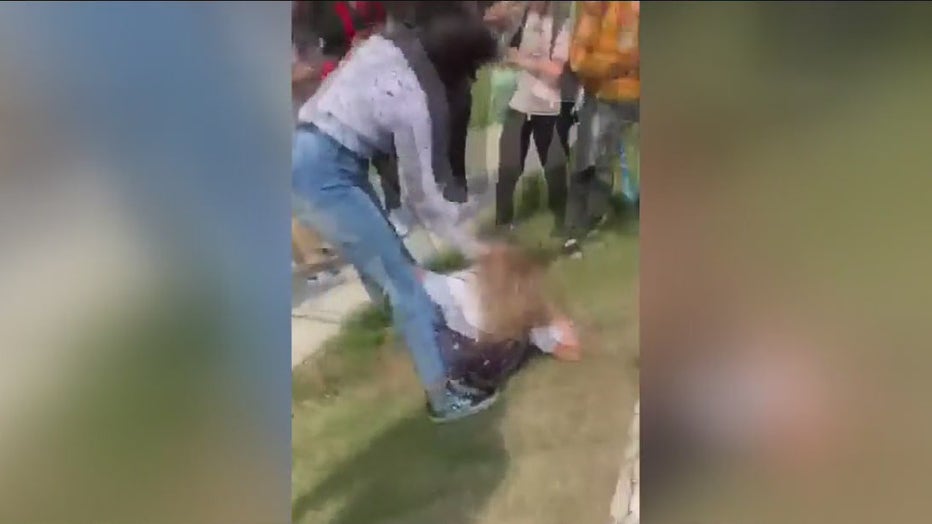 Pro-Wrestler Chris Jericho says his niece is the victim of bullying after sharing disturbing video on social media.

He said he was bullied growing up and no one should go through that. He shared an update on his niece's injuries.

"The physical scarring, the black eye, the busted lip, that goes away in a few weeks but the mental scarring, it lasts a long time, maybe forever," said Jericho.

Bullying can happen anywhere and anytime and, Jericho said, it could have been avoided.

"We need to find out how we can stop this earlier in the process than later when the damage has already been done," said Jericho. "When my sister-in-law told the school, they basically did nothing about it and that’s where I have a problem."

He added that his niece’s family reported a student’s nickname to the school district for bullying concerns.

Hillsborough County schools said the incident happened off school property. A spokesperson sent FOX 13 the following statement in response to the short video shared on social media and the incident:

"There is much more to this story that we cannot share because of student privacy laws. As soon as this incident occurred, administrators immediately acted, and discipline was handed down. In a situation like this, discipline can range from out of school suspension to expulsion. The administrators at this school and all district schools do not tolerate disrespectful behavior between students, threatening language, physical altercations, encouragement of conflict through social media or any other behaviors that put the emotional and physical well-being of students at risk. As far as any previous incidents, if administrators are not alerted to negative behavior between students, they cannot proactively work to resolve conflicts. We always encourage our students to report any incidents on or off campus to a trusted adult at school or to their parents."

In Jericho’s Twitter thread, a person replied to the pro-wrestler's tweet, identifying herself as the one seen throwing punches in the video.

One of her tweets said there’s more to the situation than what's in the short clip posted on social media.

The district said the schools have anti-bullying programs to educate students about bullying, and there’s an anti-bullying hotline where students can report bullies anonymously.