Groups chanted at officers in riot gear things like, “Hands up don’t shoot,” “George Floyd,” and “I can’t breathe.”

During the protests, heavy rains moved through St. Pete but despite that, the crowd continued.

One woman told officers she worried, even if she raised her son the right way, he could still be killed by police. 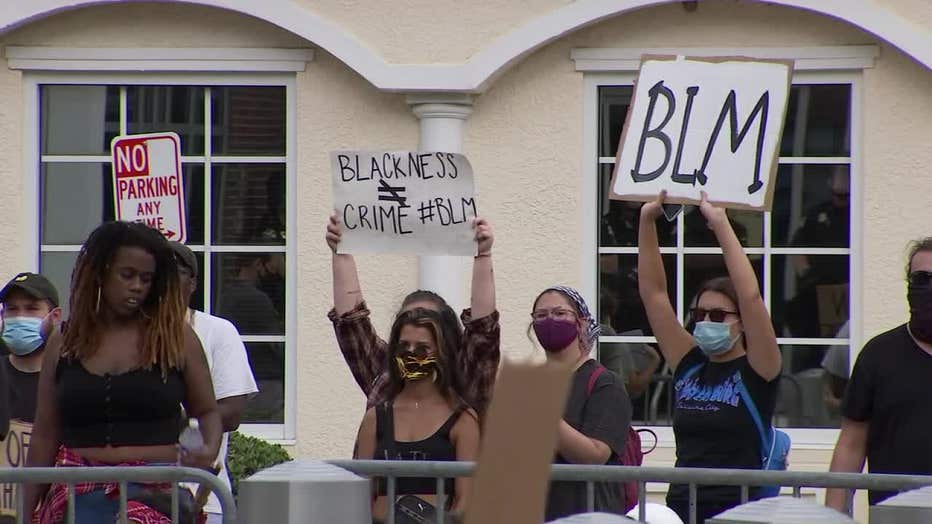 Tyler Blair, a St. Pete resident and business owner, told FOX 13, “I just want people to understand that we own the government, not the other way around."

Despite calls by the protesters, police mostly did not appear to interact with them. 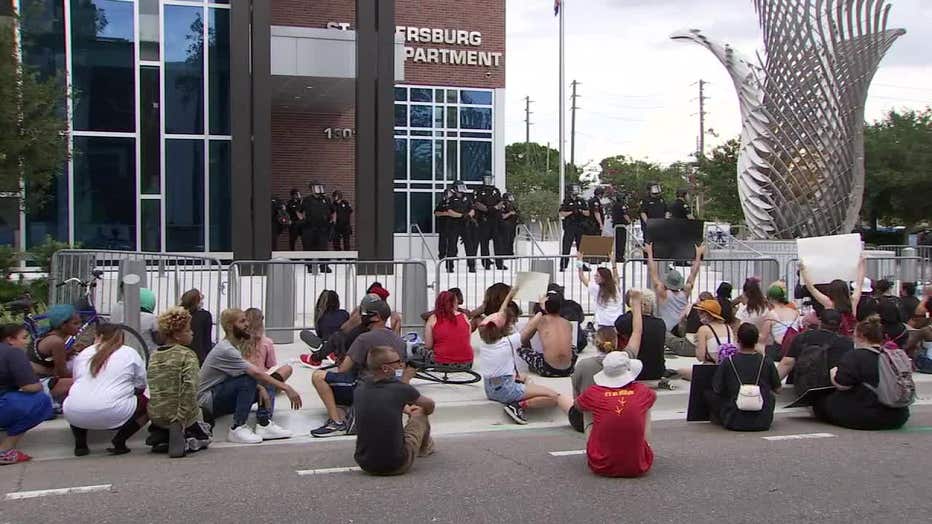 It was a much different scene than Sunday, when 14 were arrested after protesters turned on law enforcement outside St. Petersburg police headquarters.

The violence came after 11 hours of peaceful marches and protests throughout downtown St. Pete on Sunday.