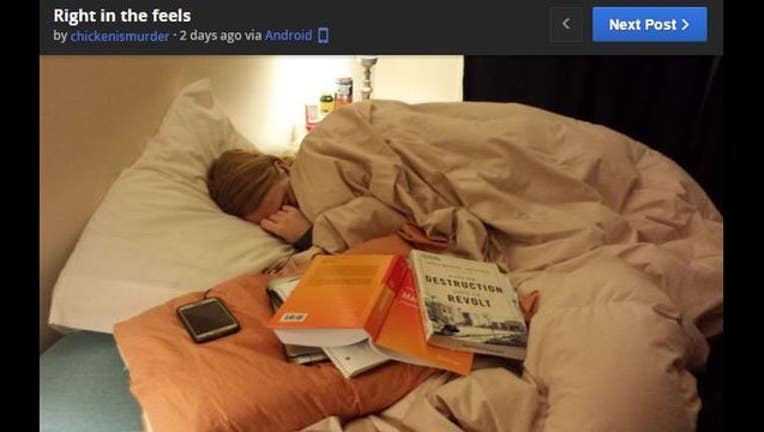 A man’s reason behind sharing a picture of his sleeping girlfriend shows us what love is all about.

Imgur user chickenismurder, who lives in Washington, uploaded the photo to Imgur on Sunday. It shows his 38-year-old girlfriend, who just started her second quarter of college, asleep in a bed and surrounded by a bunch of books. The man reveals she has raised two children on her own, has a poor relationship with her parents and was the victim in two domestic violence cases.

“This is how I found her tonight. I'm so proud of this woman I could burst. We went wedding ring shopping earlier today and I think I'm ready to make the best decision of my life,” he said.

He went on to say his girlfriend, or soon-to-be fiancée, “profoundly inspires” him. The man said he showed her the post and comments that followed it.

“The love about broke her.”

The Imgur user, who has one child of his own, has asked fellow users to share their love stories.