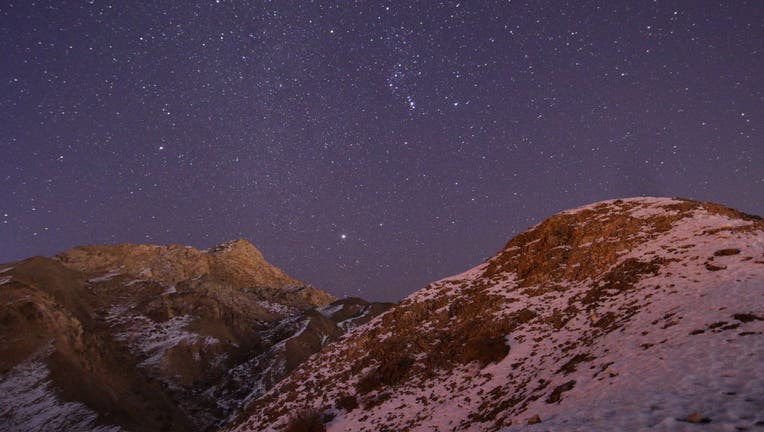 It’s not too late to watch one of the biggest meteor showers of the new year.

According to EarthSky.org, the Quadrantid meteor shower is occurring now until Jan. 16.

According to Space. com, the Quadrantid meteor shower is a bright display seen mainly in the Northern Hemisphere around the beginning of the new year. The meteors appear to originate where the constellations Hercules, Boötes, and Draco meet in the sky.

Experts said the peak time for North Americans to witness the celestial event was between Jan. 2 and Jan. 3, but the show will still be on display for a couple of more weeks.

The name Quadrantids comes from the constellation Quadrans Muralis (Mural Quadrant). French astronomer Jerome Lalande created this now-obsolete constellation in 1795, according to EarthSky.org.

If you miss the meteor shower, the next opportunity will be the Lyrid meteor shower which will occur between April 16 and April 25, peaking around April 22.

Orionid Meteor Trails Over Midwest Sky Ahead of Shower's Peak

Timeanddate.com says the best way to watch meteor showers is to find a dark, safe viewing spot away from city lights. It’s also advised that you give yourself 15 to 30 minutes for your eyes to adjust to the night sky. No special viewing equipment is necessary.