TAMPA, Fla. - For the first time in America's 246-year history, the draft opinion that suggested the Supreme Court may overturn Roe v. Wade was the first time an opinion has been leaked.

"We have never had a leaked opinion of the court," said Chris Schmidt, a professor at Chicago-Kent College of Law.

Scholars of the high court said it's not uncommon for potentially dozens – including the justices and several levels of assistants – to have access to the draft of an opinion, and for those opinions to be debated over the course of months as justices jockey others for support.

Former clerk Bill Araiza suspects the leak reflects the emotion around abortion and the weight of a decision on Roe.

"There's obviously an enormous amount of controversy and potentially anger and certainly politically motivated thinking that is going on, presumably among a lot of people," he said.

Scholars said there was never a time the court wasn't political, given presidents themselves are political, and they appoint justices. Even John Adams got heat for appointing Federalist John Marshall. 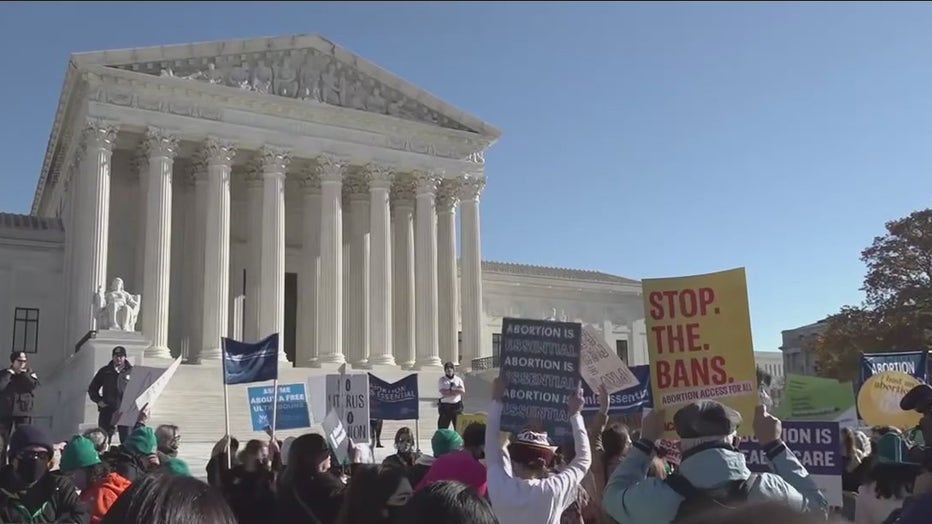 The difference now is that the six conservatives are all appointed by Republicans and the three liberals are appointed by Democrats.

And, the nomination process, said scholar Louis Virelli of Stetson University, is almost fully party-line, with then-Sen. Majority Leader Mitch McConnell refusing to give even a hearing to a nominee by President Barack Obama during an election year.

"I think the public is absolutely right to be very skeptical of [that process], and to think is beneath the court, frankly."

The scholars also said justices typically see themselves as guardians of the court's legitimacy.

There is no way of knowing how many decisions on Roe have been written, how many drafts are circulating, and whether the one we saw last night is even still relevant.

"The court has had these moments which have looked at the time she just unrecoverable," said Schmidt. "I think we're in the middle of the process, which looks like that in a court, has in the past steadied itself."

Araiza said when he was a clerk for David Souter in 1990, leaks were unthinkable.

"We were told in absolutely no uncertain terms to not discuss cases outside of the gates of the secured part of the building," Araiza said. "And that, of course, included disclosing any written product, and especially, as you can imagine, drafts of opinions."

He said dozens could have had access to the leaked draft. The justices themselves, their clerks or even a courier or secretary.

"But obviously, someone is motivated enough to do what that person did last night," Araiza said.

MORE: This is where abortion will likely be illegal if Roe v. Wade is overturned

He said it is almost impossible to predict which side might have done this, but that it reflects the emotions surrounding the fight over abortion, and the weight a decision overturning Roe would have.

"This is not an outcome that is conducive to a harmonious court that is going to operate by consensus. This is a court that is being sharply polarized like a lot of our national politics is polarized," he said. "The process runs on trust. No one, at least when I was a clerk, checked my briefcase as I left every day. And even if they had, certainly today, it'd be easy, to email yourself a PDF of the draft and go from there."