ST. PETERSBURG, Fla. - The city of St. Petersburg will explore the next steps after archaeologists recently found a lost cemetery with three possible graves at Tropicana Field, the latest in an effort to uncover erased African American cemeteries in Tampa Bay.

"Where we are right now in terms of moving forward is Cardno will now prepare another proposal to do work that will help verify those three graves for sure and will explore further those other areas of interest in that cemetery area," said Benjamin Kirby, communications director at the St. Pete mayor’s office. "There could be some materials that are approximately six feet long that are buried. There could be graves where the remains have been removed."

According to a University of South Florida grant team investigating lost African American cemeteries in Tampa Bay, the graves belong to the Oaklawn Cemetery, a segregated burial ground with white and Black sections. Cardno also found two other areas of interest underneath I-275/175 across the street, and those sites include predominately African American Evergreen Cemetery and Moffett Cemetery with Black and white Civil War veterans. 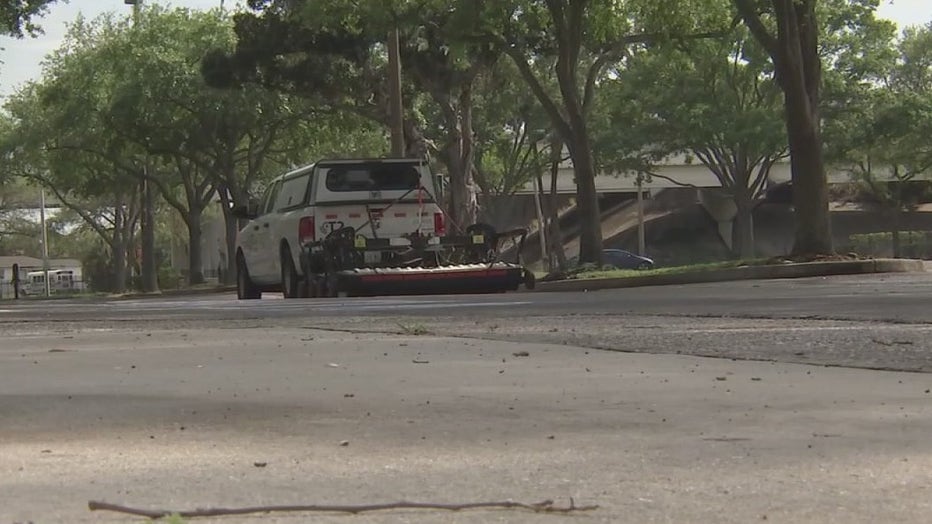 "These three cemetery sites were built in the late nineteenth century. By the 1920s, they had all fallen into disrepair. They were neglected. There were weeds. The headstones were falling down, and so the city condemned them," said Julie Armstrong, a USF professor who is a member of the Understanding Blackness and Anti-Black Racism grant team looking at lost African American cemeteries. "After the remains from the various cemeteries were relocated, the sites here began to be covered up in different ways."

Unearthing the truth has reached far in Tampa Bay. Since 2019 in Tampa, archaeologists have found Zion Cemetery in Robles Park, the lost Ridgewood Cemetery at King High School, possible graves at MacDill Air Force Base, and others. In Clearwater, researchers confirmed graves at the lost Greenwood Cemetery.

"My ancestors were victims. My ancestors were stolen the right to rest in peace," said Yvette Lewis, the president of the NAACP Hillsborough County branch. "It shouldn't just be the city because some of the cemeteries will on the county, they were on federal land. Everybody has a part in this."

It is part of a painful past that some leaders like Lewis want acknowledged. The city of Tampa has formed a task force consisting of city officials to decide how best to handle the sites, and the city of St. Pete is now weighing how to honor the dead.

"These are people's lives. And so what will begin in addition to those next technical steps with Cardno is working with the community, working to try to identify family members and descendants and do right by these folks who were buried there. That process will begin very, very soon," said Kirby.

Armstrong said USF’s grant team is working with St. Pete to come up with ideas on how to honor the cemeteries, such as historical markers or public art.

"It’s something that may have happened years ago, but it impacts who we are today. We’re all responsible for telling that story in a way that honors that history," said Armstrong.