DUNEDIN, Fla. - When Gladys Douglas Hackworth died, her family says she wanted the piece of Pinellas County land she owned to become a nature preserve.

In life, she turned down offers in the millions. But because she did not put her wishes in writing, the lawyer for her estate was forced to accept a $13-million offer from a developer last August.

However, the deal didn’t close, reopening the possibility that Dunedin and Pinellas County could make an offer. Hackworth's stepson, the former mayor of Dunedin, is again hopeful Gladys' wish will become reality.

"There are subdivisions that surround all of this, yet when you’re out here, you get the sense that you’re in the middle of the woods,” said Bob Hackworth, the former mayor of Dunedin. “[Undeveloped land] used to exist throughout Pinellas County and throughout the state of Florida, but of course, Pinellas County and the state of Florida have been paved over.”

It's a slice of old Florida -- covered in palmetto, moss, and sandhill rosemary -- located just outside the Dunedin city limits. 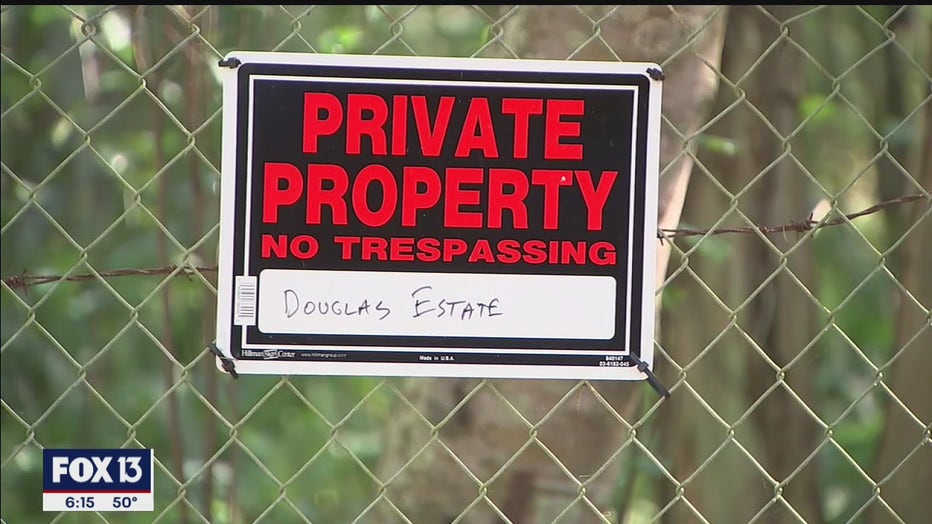 Hackworth says two independent appraisals are underway and he believes the local governments may buy the land at fair market value, perhaps $8 to $9 million.

The property is adjacent to Lake Jerry, which is owned by the Southwest Florida Water Management District. If the two tracts were to be opened to the public, it would create a 100-acre nature preserve.

Hackworth says his stepmother would approve.

“She would be thrilled to have people launch a kayak or canoe on the lakefront,” he said.

An anonymous couple donated $2 million toward the public purchase of the land. Hackworth believes developers will also be interested.

“Do we preserve it or do we allow it to be a housing development?” he wondered.

Until it’s decided, the woods remain, although no one knows for how long.