Researchers at the University of Richmond taught rats how to drive, in an effort to see how performing complex tasks affects the brain.

RICHMOND, Va. - Rats can learn to drive -- and they enjoy it! Scientists say that can give us clues about our own mental and behavioral health.

Researchers at the University of Richmond's Lambert Behavioral Neuroscience Laboratory were able to train rats to drive tiny cars in exchange for Froot Loops cereal.

The researchers said they are exploring how performing complex tasks -- like driving -- affects the brain, which could possibly help uncover better ways to treat depression and anxiety.

“We already knew that rodents could recognize objects, press bars, and find their way around mazes, but we wondered if rats could learn the more complex task of operating a moving vehicle,” said the study's author, Kelly Lambert. 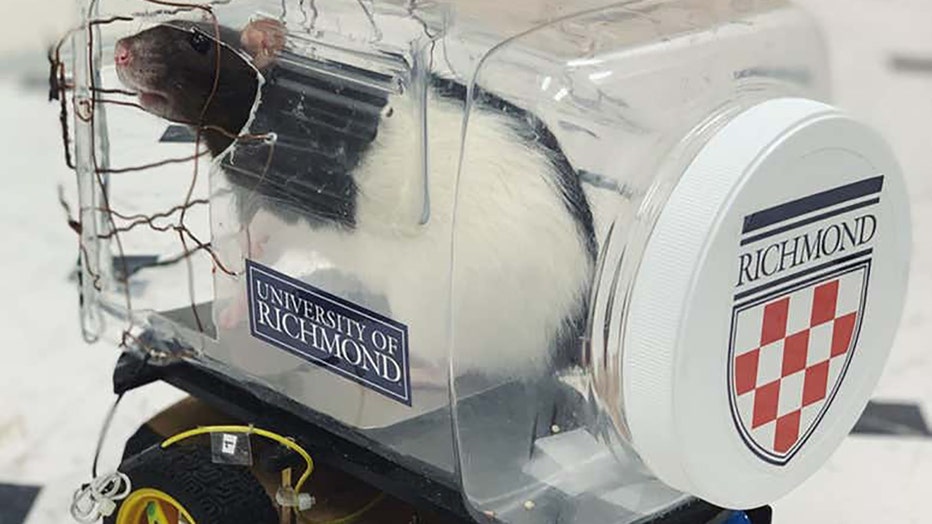 The rats were divided into two groups: one raised in a traditional lab environment, and the other in a more stimulating space with toys, ladders and balls.

The study found that the rats from the more stimulating space were better at steering.

"They learned to navigate the car in unique ways and engaged in steering patterns they had never used to eventually arrive at the reward," Lambert said.

“I do believe that rats are smarter than most people perceive them to be, and that most animals are smarter in unique ways than we think,” she told the magazine New Scientist.

But more importantly, when researchers took a closer look at their fecal samples, they found both groups showed higher levels of the hormones that control stress responses.

Scientists believe it could be linked to the satisfaction of learning a new skill: driving.

In turn, that may make them more emotionally resilient.

Researchers hope the data will provide clues on how species' brains interact with their environments -- and possibly impact treatments for mental illness.